THIS STORY HAS BEEN FORMATTED FOR EASY PRINTING
On Poetry

From close-up to wide angle 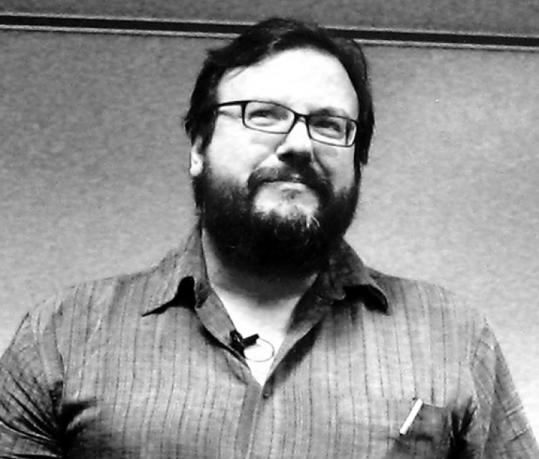 If there’s an upside to fewer people reading fewer poets, it’s that you likely have room for a few more of the latter in your life. Summer can be a slow season for poetry, but two new collections from a pair of promising young talents could keep you busily reading and rereading until fall’s deluge of new titles rolls in. John Beer’s “The Waste Land and Other Poems” is aggressively adventurous from the get-go; Dorothea Lasky, on the other hand, prefers her introductions a bit more gentle.

In voyeuristic times like these, it might just seem like the natural next step that a poet’s relationship to her poems would grow to resemble that between a reality star and the cameras hidden in her house. The “I’’s have it: Lasky is effervescently present in every word of her marvelous second volume, “Black Life” — the follow-up to 2007’s awesome “Awe.” She’s so close, in fact, that you may have to switch your lens.

It takes a poet of toughness and dexterity to work profitably with the first person, but Lasky rises to the occasion with what often feels like an epic intimacy. As with the poems that comprised “Awe,” Lasky can often cause you to feel more like some sort of psychic eavesdropper than a reader, as in the opening lines of “Poem to My Ex-Husband”:

“Dear husband, I tried to write you an e-mail/ But I didn’t have the right address/ My husband, I love you so much/ Will you be mine forever/ I know you are married now/ Does that matter’’

But where “Awe” balanced Lasky’s fascinations with the spiritual self with a caution to “be scared of yourself,” the poems of “Black Life” stay fixed in a darker stare, charting death, desire, jealousy, loss, love, and loneliness with equal parts emotional warmth and factual chill. All the while, Lasky’s mix of stark truth and playful affect effectively foregrounds the former: “Sad” opens “I am just so very sad/ And this is not for some gesture/ That I tell you about this sadness now.” It may very well be for some gesture that she tells us of her sadness, and elsewhere, “I Hate Irony” is hard to accept as an absolute maxim behind her work; but Lasky leaves her contradictions intact, and the ease with which she frees them permits us to accept the often vexing both-ness of our lives.

Throughout “Black Life,” Lasky’s imagination is as generous as her voice is frank. In “How To Survive This World,” she calls the voice of hip-hop’s Puffy “a midnight I’d like to walk into forever”; in “The Body,” she sees the imagination itself going to waste in her body, “blacking within it like forgotten light”; and in “Fat,” she writes we “go towards death/ Like it is a very small detail/ On a long path of forgiving.”

Though Lasky’s language is simple its often stark clarity is also the source of each line’s force. And in “Style is Joy,” she takes care we know that fidelity to the unpracticed is central to her practice: “every poem full of blood and guts/ Must be stylized to be so.”

On Chicago poet Beer’s debut, Blurbmaster General John Ashbery cheers that “only a genius could write a book called ‘The Waste Land and Other Poems’ ” — but, really, these days any savvy ironist could produce a range of reasons a young poet might “sample” such an untouchable tome as Mr. Eliot’s: It could be a gesture of scholarly reverence (unlikely), or a brash threat to one-up it; it could be a self-imposed formal challenge to create in its likeness. Or it could just be a clever way to sell books.

Of course, the other option is that Ashbery is right once again, and Beer, with his perilously sharp wit and chronic honesty, had little other recourse than to recycle/reuse when naming his sprawling survey of our contemporary cultural “muck” (a recurring word through the collection). In his poems, Beer offers a past that continues to accumulate even as we strive to forget it; a culture flummoxed by a present we can’t properly employ and beholden to a future we haven’t the bearings to imagine.

Oddly, it’s a pervasive stasis that propels these poems forward: In “J. Beer, 1969–1969,” the speaker is “born dead” with “fingers that melted into words that no one read”; in each of a trio of poems titled “Flowers,” a boat is always just pulling away, or is bound to never arrive; and in the stunning sequence “Sonnets to Morpheus,” “relentless self-preservation eats us away.” In “Globe” — one of a few poems that seems to want to be about love but for all the distractions — he writes, “metaphor is what a life/ becomes while waiting for direction.”

Until this direction arrives, the poems revel in their spirited collisions of past and present, high and pop culture, sincerity and irony. References to Eliot run alongside Pixies lyrics; Uma Thurman appears in a Lancôme ad in the middle of “The Perfumed Crypt or Four Quarters in Eight Bits”; a particularly soul-searching passage in the collection’s title poem is continually interrupted by an all-caps announcement: “THANK YOU FOR SHOPPING AT BORDERS./ WE WILL BE CLOSING IN FIFTEEN MINUTES.”

Few things are sacred, few places are safe, and few poets can convey the unsettling burden of their responsibility as engagingly as Beer — the rare poet who strives (in the Berrigan-esque “Sonnets to Morpheus”) “to prove I’m more than the sum of my mirrors,” and somehow succeeds.

THE WASTE LAND AND OTHER POEMS
By John Beer
Canarium, 113 pp., paperback, $14