A world of difference

A multiply flawed, if admirable, attempt to debunk the idea that all religions are brothers under the skin 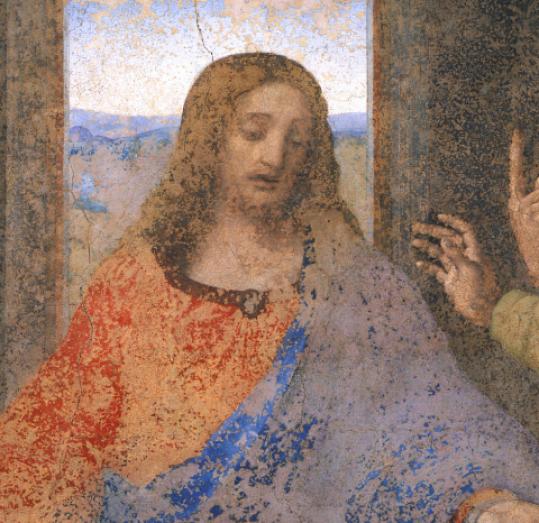 The author treats religions less familiar to Americans, such as Buddhism and Yoruba, with respect and gravity, but Christianity with a baffling flipness. (Scala/ Art Resource)
By Alec Solomita Globe Correspondent / May 23, 2010

Stephen Prothero’s latest book oddly couples boldness and prudence. His main thesis seems daring, a healthy corrective to a sloppy notion: Contrary to current sentimental wisdom, the world’s religions do not have a common goal, are not all beautiful and true, do not all follow “different paths up the same mountain.’’ The “world’s religious rivals,’’ Prothero writes, “. . . diverge sharply on doctrine, ritual, mythology, experience, and law. . . . [I]t is comforting to pretend that the great religions make up one big, happy family. But this sentiment, however well-intentioned, is neither accurate nor ethically responsible.’’ Yet, despite his promise that he will look at the great religions critically and comparatively, Prothero avoids honest contrasts through a series of logical contortions that make him look as if he’s playing the game Twister.

“God is Not One: The Eight Rival Religions That Run the World and Why Their Differences Matter’’ is actually less a polemic than a primer on eight of the world’s “sacred canopies.’’ As such, it is partly successful. Prothero’s explanatory essays on Confucianism, Buddhism, Daoism, and Yoruba religion are clearly written and instructive (although the last, with its Hindu-like proliferation of continually changing deities — including Ginger and Mary Ann from the TV show “Gilligan’s Island’’— its sorcerers, sacrifices, and fortune tellers, can be a challenge to the reader’s memory and organizational skills).

Prothero, a professor at Boston University, neatly summarizes the histories and contemporary manifestations of these unfamiliar (to many Americans) belief systems. And, in harmony with his thesis, he shows that religions differ in their views of life’s central “problems’’ and “solutions.’’ For example, for Confucianism the problem is chaos, the solution is social order; for Buddhism the problem is suffering, the solution is detachment. His “critical analysis,’’ however, is tentative, delivered in the most personal of first person voices: “I must admit that I have never been much of a fan of Confucianism . . . Like most Americans, I . . . rebel against the rhetoric of duty and obligation. . . . I ask my students . . . to refer to me by my first name.’’

Interestingly, when Prothero gets closer to his theological roots (he was raised a Christian), his explanatory powers — and his prose — take a nosedive. His treatments of Islam, Judaism, and Christianity (especially the last two) are, to put it kindly, idiosyncratic. While his discussions of the more “exotic’’ religions are respectful and serious, Prothero treats Christianity with a puzzling frivolity. Jesus, whom he mischaracterizes as a “mild-mannered wanderer,’’ is particularly vulnerable to Prothero’s stylistic excesses. “One day He humbled Himself and became a human being, as if Pele or Michael Jordan had decided at the peak of his career to give up his power, prestige, and prosperity for a new life of swaddling clothes among mere mortals.’’ “Clearly,’’ he writes about the baby Jesus, “there is something special about this kid.’’ And to drive home how special “this kid’’ is, Prothero informs us, “Jesus even has a country named after him: the Central American nation of El Salvador (‘The Savior’).’’

The section on Judaism is genuinely strange. In the middle of a reasonably coherent history, Prothero spends pages documenting the disproportionate influence of Jews in America, always a fun topic. “Jews are influential in politics,’’ Prothero enthuses, “thanks in part to high voter turnouts among Jews and their strong presence in key electoral college states such as New York, New Jersey, and Florida. . . . Jews have occupied seats in the U.S. Congress and on the U.S. Supreme Court far out of proportion to their numbers in the broader population. The same is true of CEO positions at Fortune 500 companies.’’ The litany continues: “Almost every major Hollywood studio was founded by Jews, as were NBC and CBS.’’ Also earning gold stars are an exhaustive list of Jewish comedians, which includes Milton Berle, Jack Benny, Mel Brooks, George Burns, Woody Allen, Lenny Bruce, Jerry Lewis, Joan Rivers, Jerry Seinfeld, Sarah Silverman, and Jon Stewart. There’s no business like show business, but how is this the business of a religion scholar?

It is when he compares Islam to Christianity that Prothero abandons both rigor and candor. After he boldly observes that the Koran “twists wrath around compassion so tightly that the former seems to strangle the latter,’’ he embarks on a specious search for similarities in Muslim and Christian scripture. To balance the “so called ‘sword verses’ in the Quran,’’ Prothero trolls Christian scripture s for a violent Jesus, coming up, feebly, with Matthew 10:34, “I came not to send peace, but a sword,’’ a metaphor for familial discord, and Jesus’ dismissive characterization of a Canaanite woman and her daughter as “dogs’’ (Matthew 15:22-28). Prothero neglects to note that in the next verse Jesus praises the woman and heals her daughter.

Alec Solomita, a fiction writer and critic living in Somerville, can be reached at alecsolomita@ymail.com.

GOD IS NOT ONE: The Eight Rival Religions That Run the World — and Why Their Differences Matter
By Stephen Prothero
HarperOne, 388 pp., $26.99