Gnawing regrets over the one that got away 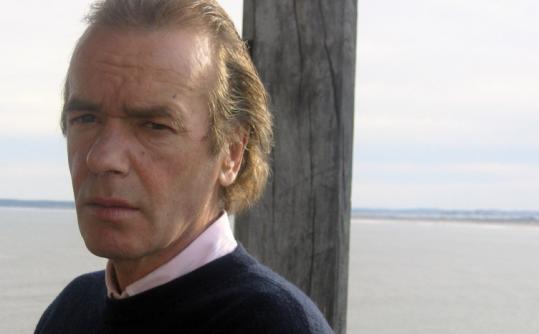 You know this guy. He’s the guy who cannot stop talking about how he almost had this illicit relationship with a beautiful woman in his youth and then didn’t, and instead had all these other relationships with all these less beautiful women, and ends up regretting the relationships he did and didn’t have, all the hearts he broke in pursuit of and in flight from these relationships, and these regrets end up being the most important story of his life, the one he can’t stop telling 10, 20, 30 years later. And your appreciation of this guy’s story depends greatly upon how often you’ve heard it and whether the storyteller wants you to laugh at or pity him, and how well he tells the story, how successful he is in making something potentially boring and solipsistic something entertaining and expansive.

This, in a nutshell, is the experience of reading Martin Amis’s new novel, “The Pregnant Widow,’’ whose protagonist Keith Nearing is just such a guy. The novel takes place, for the most part, in a castle in Italy in 1970, and just in case you missed it, Amis takes great pains to let you know that people were just starting to have lots of sex in 1970: “Something was churning in the world of men and women, a revolution or a sea change, a realignment having to do with carnal knowledge and emotion.”

The young men and women at the castle are mostly English: Keith, his girlfriend Lily, his gay friend Whittaker, big-butted Gloria, Adriano (one of the novel’s few named Italians) who is so small that Keith nicknames him “Tom Thumb,” and the unbearably beautiful Scheherazade. Her name really is Scheherazade, even though she isn’t the storyteller here. Rather, she’s the subject of the story Keith wants someday to be able tell, the story of the summer when he went to Italy and had sex with her.

I should stop and admit that I’m doing this part of the novel a disservice: It’s funnier and better written than my summary indicates. For one, Amis prevents Keith from telling the story he wants to tell, and in doing so forces him to appear in a story much less glorious, much more damning. For another, Amis does a fine job of mocking Keith’s fixation on Scheherazade while at the same time making the reader feel how deeply Keith feels it: “fireflies were soft-bodied beetles with luminescent organs. [Keith] imagined, sometimes, that Scheherazade would be like that. Her organs would glow in the dark.”

Likewise, Amis manages to transform truly compromised material. For instance, Keith is a literature major, a would-be poet and literary critic, and, if you’re like me, you groan at another novel in which a bookish young man goes abroad to come of age. But Amis anticipates your groan, and silences it, by making Keith the most specific of readers: He reads canonical British novels only for the sex scenes.

It is at its best when it periodically flashes forward to Keith in the 21st century, when it moves from hedonism to elegy: “When he was young, people who were stupid, or crazy, were called stupid or crazy. But now (now he was old) the stupid and the crazy were given special names for what ailed them. And Keith wanted one. He was stupid and crazy too, and he wanted one — a special name for what ailed him.”

This is what has always made Amis a writer worth reading: his ability to dramatize the sense of sadness and regret at the heart of his limited men. “Keith was aware that he was going to die. More than that, he knew that when the process began, the only thing that would matter was how it had gone with women. As he lies dying, the man will search his past for love and life . . . Keith was good on the big picture. But the immediate situation, the immediate process — this he often saw with unreliable eyes.”

Amis’s eyes aren’t always reliable, and there are times when the novel isn’t nearly as wild (aesthetically or behaviorally) as it seems to think it is, especially compared to his somewhat similar 1989 novel “London Fields.’’ But as Amis makes heartbreakingly clear in “The Pregnant Widow,’’ this is what it means to get old: to look back and try to convince yourself that you can do it (write a novel, have some sex) as well as you ever have. It’s like that guy you know: The more he talks about how wild he once was, the more tired he seems. And the more tired he seems, the more moving his story.

Brock Clarke, is author of four fiction books, most recently ”An Arsonist’s Guide to Writers’ Homes in New England.” His ”Exley” will be published in fall.