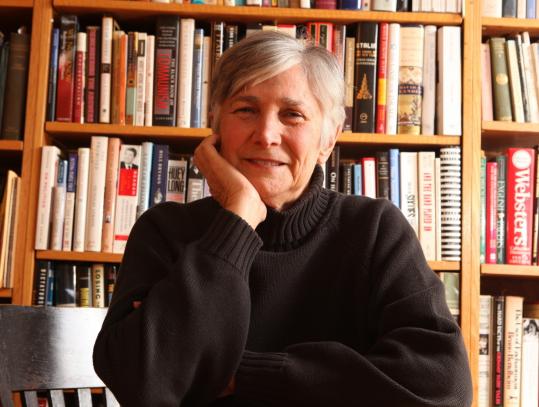 Ever since Sputnik it’s been common knowledge that the American educational system is on the verge of disaster. Yet after half a century of government reports, polemical bestsellers, data-driven miracle cures, and alphabet-soup programs, why aren’t our perpetually failing public schools fixed? According to education historian Diane Ravitch, we’re letting the interests of politicians, businessmen, and other adults get in the way of what children really need: not more testing but a better curriculum; fewer privatized “choices” but stronger neighborhood public schools; less intrusion from non-educators but more support for those who choose a profession she sees as crucial to preparing the next generation.

Ravitch, who teaches at New York University and chairs educational policy at the Brookings Institution, has occupied both sides of this perennially polarizing issue. She served in the US Department of Education under the first President Bush and helped found an education task force at the right-leaning Hoover Institution; from its inception, she was a vocal proponent of George W. Bush’s No Child Left Behind legislation. In “The Death and Life of the Great American School System,’’ Ravitch changes sides, skewering Bush’s education plan, whose relentless focus on testing and Draconian deadlines for success she now sees as a “timetable for the demolition of public education in the United States.”

Readers who don’t follow education politics (or those who, like me, read articles about education as interested amateurs, which is to say, parents of school-aged children) may not realize the import of this conversion: Picture Joe Torre renouncing the Yankees and cheering for the Sox. In her opening chapter, Ravitch quotes economist John Maynard Keynes’s defense of his own reversal, “When the facts change, I change my mind.” Some might ask Ravitch whether or when the facts of No Child Left Behind actually changed (these would be critics who always thought it was a misbegotten disaster), but her new stance seems sincere, and the book that follows is, if not a mea culpa, perhaps something more valuable - a fiercely argued manifesto against fads in education reform and for public schools, and the teachers and students who inhabit them.

Ravitch examines the histories of testing, school choice, accountability, teacher training, foundation funding - as well as oft-touted, oversold reform efforts in San Diego and New York - to methodically dismantle some of our most persistent myths. One, especially popular with business leaders, philanthropists, and the media, is that data and testing can and should drive policy. Here too Ravitch has had an awakening. An advocate for curriculum standards - in the early 1990s she helped oversee the federal government’s national history curriculum before it was torpedoed by Lynne Cheney - Ravitch laments what she sees as an Orwellian shift from standards-based assessment to testing for testing’s sake. This trend reached its apotheosis in the Bush plan, whose relentless emphasis on testing robs classroom time for subjects not on the test - that is, science, social studies, and the arts - and distorts the way math and reading are taught.

In schools considered at-risk, students are increasingly unlikely to encounter actual teaching; “drill and practice became a significant part of the daily routine,” Ravitch writes. At both the state and local level, the pressure is almost irresistible to game the system: States move the goal posts, dumbing down the questions or lowering the percentage of correct answers required to pass the test, for instance; districts and schools reclassify students or seek special accommodations so that poor performances don’t adversely affect their No Child Left Behind bottom line. The entire enterprise, Ravitch writes, is “a punitive law based on erroneous assumptions about how to improve schools.” Testing alone doesn’t translate into a good education, it turns out, any more than owning a scale guarantees weight loss.

Among Ravitch’s other targets is school choice, especially the charter school movement embraced by both free-market reformers and parents weary of the problems at their local public schools. Championed early on by teacher union head Albert Shanker as a kind of laboratory in which the most innovative teachers could try new ideas, nurture students requiring extra support, and address specific community needs, charter schools were quickly adopted by conservatives as a way to sidestep governmental and union regulations. Varying widely in quality - predictably, one person’s cutting through the red tape was another person’s hiring unqualified teachers - charter schools have nonetheless multiplied nationwide, with enthusiastic support from both Democratic and Republican leaders. This pattern is concerning, Ravitch argues, because “choice schools” siphon off both funding and the most motivated students, especially in urban districts, a trend she warns will “leave regular public schools with the most difficult students to educate, thus creating a two-tier system of widening inequality.”

Ravitch ends her book with a strong plea for sensible, thoughtful educational reform. It’s not a thrilling read (Ravitch’s prose at times echoes the criticism she levels at textbooks for their “leaden paragraphs”), and there are some off notes (her take on the ease of solving culture wars over curriculum borders on the naïve), but this is important stuff - not only for those of us with children in the public schools, but for anyone who worries about the country’s future. Our children don’t have Sputnik to worry about, but what with the global recession, climate change, religious and ethnic conflict, and so on, they could use all the help they can get.

Kate Tuttle is a writer living near Boston.

THE DEATH AND LIFE OF THE GREAT AMERICAN SCHOOL SYSTEM: How Testing and Choice Are Undermining Education By Diane Ravitch