Origin of the specious 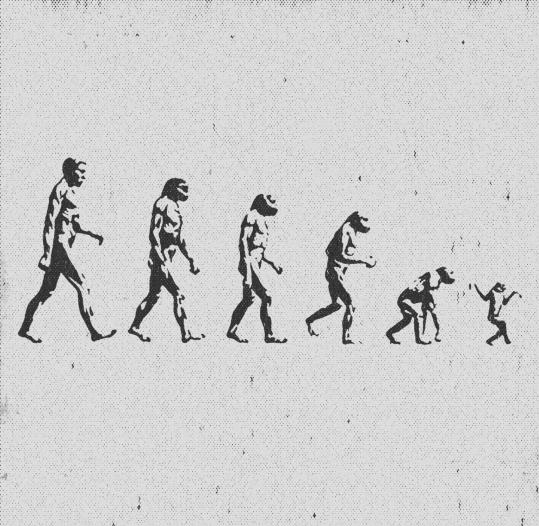 “What Darwin Got Wrong’’ is an intensely irritating book. Jerry Fodor, a well-known philosopher, with coauthor Massimo Piattelli-Palmarini, a cognitive scientist, has written a whole book trashing Darwinian evolutionary theory - the theory that makes natural selection the main force of change in organisms through the ages.

You would think that somewhere in the pages there would be one - just one - discussion of the work that evolutionists are doing today to give a sense of how the field itself has evolved. Peter and Rosemary Grant on Darwin’s finches for example; Edward O. Wilson and Bert Hölldobler on ant social structures perhaps; David Reznick on Trinidadian guppies perchance? But no such luck. A whole book putting in the boot and absolutely no serious understanding of where the boot is aimed.

Why write such a book? The authors would respond in two ways. First, in a section that would be better described as “What Darwin Didn’t Know,” rather than “What Darwin Got Wrong,” they tell us that today’s cutting-edge biology has all sorts of explanations of organic origins that make Darwinism otiose. We learn that life is constrained by the laws of physics and chemistry, and that something like natural selection, which supposedly molds organic life into sophisticated bundles of adaptations, simply cannot get off the ground. To the contrary, evolution is all a matter of molecular development, guided by the self-organizing laws of the physical sciences.

To which Darwinians can only respond, wearily again, that they have known about constraints since “The Origin of Species.’’ Because body weight cubes as length increases, you cannot build a cat the size of an elephant. The elegant feline legs needed for jumping must be replaced by tree trunks able to carry many pounds. And examples of plausible self organization have been fitted into the Darwinian picture for many years. A favorite example is the way that many flowers and fruits (like pine cones) exhibit patterns following the Fibonacci series, made famous by “The Da Vinci Code.’’ Chauncey Wright, a 19th century pragmatist, discussed these patterns in detail, showing how formal rules of mathematics can nevertheless yield organisms that are highly adapted and that natural selection is the vital causal element. The rules give the skeleton, and then selection fills in the details. The order of a plant’s leaves may be fixed, but how those leaves stand up or lie down is selection-driven all of the way.

The second half of the book is a frontal attack on natural selection itself. The main argument is very odd. It is allowed that there is differential reproduction. Some organisms have many offspring, and some have just a few. It is even allowed that the reason why some succeed and others don’t might have to do with the superior features possessed by the winners and not the losers. At which point you might think: Darwinism wins, because what else is there to natural selection?

Not so fast, however. Our authors take as gospel the argument of the late Stephen Jay Gould and the geneticist Richard Lewontin that although some features may be adaptive others may not. This argument is then used to say that if an organism succeeds in life’s struggles, you can never conclude that a particular feature was essential for this success, because there may be other features linked to it. Perhaps it was the latter features that were essential. Natural selection fails therefore as a mechanism of change.

I read all of this stuff a couple of times. I am just not used to people giving the opposition everything for which they have asked and then plowing on regardless. But, even if you ignore the apparently shared belief that selection is at work - we may not know which features were crucial, but that hardly stops us saying that there was selection at work - the other points hardly crush the Darwinian. It has long been known that features get linked. And in any case, we can ferret out which features are most useful and which are just along for the ride. Suppose eyes, which are surely necessary, are linked to tufts of hair, which may not be. Well, experiment and see how the organisms get along without eyes and then without hair.

Fodor and Piattelli-Palmarini will not allow this, because apparently we are now ascribing conscious intentionality to the nonconscious world. We are saying the eyes were designed for seeing in a way that the tufts were not. And they stress that the whole point of a naturalistic explanation, to which the Darwinian is supposedly committed, is that the world was not designed.

In response, one can only say that this is a misunderstanding of the nature of science. The Darwinian does not want to say that the world is designed. That is what the Intelligent Design crew argues. The Darwinian is using a metaphor to understand the material nonthinking world. We treat that world as if it were an object of design, because doing so is tremendously valuable heuristically. And the use of metaphor is a commonplace in science.

Why then do we have these arguments? The clue is given at the end, when the authors start to quote - as examples of dreadful Darwinism - claims that human nature might have been fashioned by natural selection. At the beginning of their book, they proudly claim to be atheists. Perhaps so. But my suspicion is that, like those scorned Christians, Fodor and Piattelli-Palmarini just cannot stomach the idea that humans might just be organisms, no better than the rest of the living world. We have to be special, superior to other denizens of Planet Earth. Christians are open in their beliefs that humans are special and explaining them lies beyond the scope of science. I just wish that our authors were a little more open that this is their view too.

Michael Ruse is the Lucyle T. Werkmeister professor of philosophy and the director of the program in the history and philosophy of science at Florida State University.

WHAT DARWIN GOT WRONG
By Jerry Fodor and Massimo Piattelli-Palmarini
Farrar, Straus and Giroux,
264 pp., illustrated, $26