A legacy of life 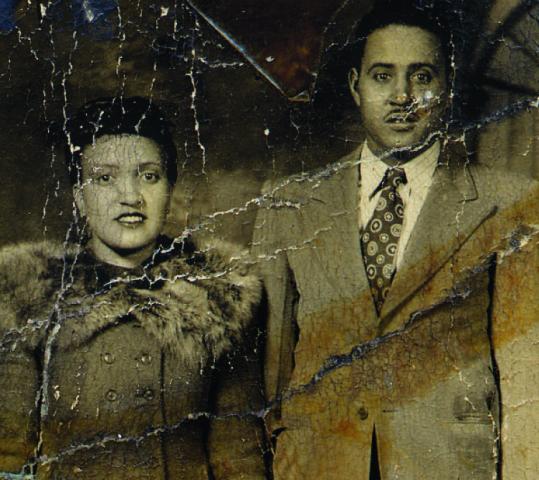 Doctors didn’t tell Henrietta Lacks or husband David about the tissue sample they took from her. Her family didn’t learn about the cell line until more than 20 years after her death. (Courtesy of The Lacks Family)
By Douglas Whynott Globe Correspondent / January 31, 2010

Rebecca Skloot’s “The Immortal Life of Henrietta Lacks’’ is a book about obsession.

It begins with Skloot’s fascination with Lacks, a mother of five in Virginia in the 1950s who develops cancer, and the line of cells taken from her that unlocks the door to a number of important medical discoveries.

But it also becomes the tale of a writer who embarks on a decadelong odyssey to complete her first book amid numerous obstacles and of the Lacks family, kept in the dark by an uncaring medical establishment, who desperately want to learn about Henrietta and the importance of her legacy.

Skloot first learns about Lacks in a community college biology class. Her teacher describes cell division as a choreographed dance. Embryos grow, wounds heal, but it takes only one mistake, an enzyme misfiring or a wrong protein activation, and you have cancer. He writes a name on the board: HENRIETTA LACKS, and tells of how when Lacks was dying of cervical cancer a surgeon at Johns Hopkins University sliced a piece of her tumor and put it in a petri dish.

Unlike other attempts to make human cells survive beyond a few days, Lacks’s cells reproduced vigorously. Great advances in medicine followed as the so-called HeLa cells, named after Henrietta, allowed research to be done outside the human body. As he erases her name he says, “She was a black woman.” Skloot follows the teacher to his office, wanting to know who Henrietta Lacks was. “No one knows anything about her,” he tells her.

Skloot eventually sets out to answer her question, and the first part of the book is a biography of the woman whose tissue resulted in the first immortal cell line. We learn of the tobacco town where Lacks was born, before she and her husband moved to Baltimore. Skloot traces the family back to slavery times and the white plantation owner whose blood Lacks shared.

Besides being about Henrietta, this book also serves as a biography of her cells and the discoveries they made possible. The vigor of the cell line allowed researchers to make large-scale tests for vaccines. Jonas Salk made use of the HeLa cells, testing his polio vaccine on them and ultimately saving thousands of lives. HeLa cells have led to discoveries in chemotherapy, gene mapping, the development of drugs for leukemia, herpes, Parkinson’s disease, and more.

Skloot then skillfully weaves in the story of the Lacks family and their abominable treatment by medical researchers. When Skloot, who began to work on the book while completing a master’s in fine arts at the University of Pittsburgh, first approaches the Lackses she is met by stony silence.

She later discovers that Henrietta and her husband, David, were not informed that tissue was taken. The family only learned about the cells in the 1970s, over 20 years after Henrietta’s death, when scientists, looking to do genetic studies, contacted them. This revelation triggers great confusion and resentment by the family, especially Deborah Lacks, who was a toddler when her mother died.

For a year the family refuses to talk to Skloot. At that point she is a young writer paying for her research with credit cards and student loans, spending thousands of hours interviewing scientists and anyone who knows the Lackses.

Though the Lackses do not initially welcome her advances Skloot’s persistence pays off as it is her presentation of the family and their perspective that lifts this book above science and turns it into an inspiring story, full of poignancy and humanity.

The family’s experience also gives Skloot an opportunity to examine the wider history of African-Americans in medical experimentation. We learn that during slavery, blacks were easy and obvious subjects for laboratory research. And we are reminded of the Tuskegee syphilis study, when African-American subjects were observed as they died slow deaths even after penicillin was available.

In time, Deborah Lacks joins forces with Skloot. The trail takes them to where it all began: Johns Hopkins. They meet Christoph Lengauer, a researcher who believes that the Lackses have been treated poorly and should be entitled to some of the proceeds from sales of their mother’s cell lines; the economically struggling family suggests they would like most of all to have health insurance. Lengauer invites Skloot, Deborah and her brother Zakariyya to see the HeLa cells.

“Her cells are how it all started,’’ Lengauer tells them. “Once there is a cure for cancer, it’s definitely largely because of your mother’s cells.”

“Amen,” says Deborah, a deeply religious woman who has by now come to believe that the spirit of her mother lives on in those cells. They look through a microscope and see the cells divide right before their eyes.

In the end, “The Immortal Life of Henrietta Lacks’’ is a fascinating read and a ringing success. It is a well-written, carefully-researched, complex saga of medical research, bioethics, and race in America. Above all it is a human story of redemption for a family, torn by loss, and for a writer with a vision that would not let go.