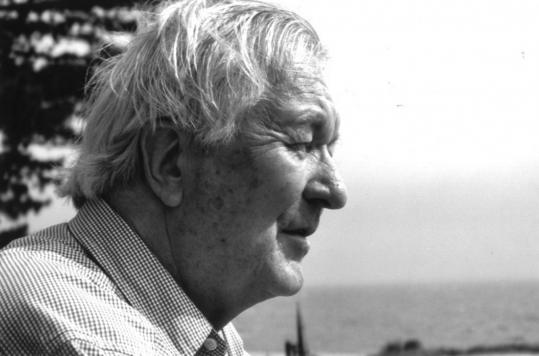 William Styron was the author of such books as “The Confessions of Nat Turner’’ and “Sophie’s Choice.’’ His family is fighting for the rights to electronically publish his works. (Cynthia Griffin/1996 File/‘American Masters’)
By Motoko Rich New York Times / December 13, 2009

NEW YORK - William Styron may have been one of the leading literary lions of recent decades, but his books are not selling much these days. Now his family has a plan to draw digital-age readers with e-book versions of titles like “Sophie’s Choice,’’ “The Confessions of Nat Turner,’’ and Styron’s memoir of depression, “Darkness Visible.’’

But the question of exactly who owns the electronic rights to such older titles is in dispute, making it a rising source of conflict in one of the publishing industry’s last remaining areas of growth.

Styron’s family believes it retains the rights because the books were first published before e-books existed. Random House, Styron’s longtime publisher, says it owns those rights, and it is determined not only to secure its place in the Kindle era but also to cede none of the revenue from one of its best-known authors.

On Friday, Random House sent a letter to dozens of literary agents, staking out its claim on e-book rights. Markus Dohle, chief executive of Random House, wrote that the company’s older agreements give it “the exclusive right to publish in electronic book publishing formats.’’

The discussions about the digital fate of Styron’s work are similar to the negotiations playing out across the book industry as publishers hustle to capture the rights to release e-book versions of so-called backlist books. The same new e-book venture Styron’s family hopes to use has run into similar resistance from the print publisher of “Catch-22’’ by Joseph Heller.

Backlist titles, which continue to be reprinted long after their initial release, are crucial to publishing houses because of their promise of revenue year after year. But authors and agents are particularly concerned that traditional publishers are not offering sufficient royalties on e-book editions, which they point out are cheaper for publishers to produce. Some are considering taking their digital rights elsewhere, which could deal a financial blow to the hobbled publishing industry.

The tussle over who owns the electronic rights - and how much the authors should earn in digital royalties - potentially puts into play works by authors like Ralph Ellison and John Updike.

Some publishers have already made agreements with authors or their estates to release digital editions. All of Ernest Hemingway’s books, for example, are available in electronic versions from his print publisher, Scribner, a unit of Simon & Schuster.

But with only a small fraction of the thousands of books in print available in e-book form, there are many titles to be fought over.

“This is a wide-open frontier right now,’’ said Maja Thomas, senior vice president for digital and audio publishing at the Hachette Book Group.

And with electronic readers like the Kindle from Amazon and the Nook from Barnes & Noble attracting new readers and sales of e-books growing exponentially, authors and publishers are trying to figure out how best to harness the new technology.

New ventures focusing explicitly on e-books are cropping up regularly. Some offer authors better financial terms than the traditional publishers, raising the tension over who should publish the books digitally.

In the case of Styron, who died in 2006 at age 81, the eight titles his family wants to re-release as e-books were published in print before 1994.

Alexandra Styron, 43, Styron’s youngest daughter, said her family liked that a company “focused on the idea of the future of the book industry wanted to make my father’s books an important part of their plan to bring old and long-gone authors into the 21st century.’’