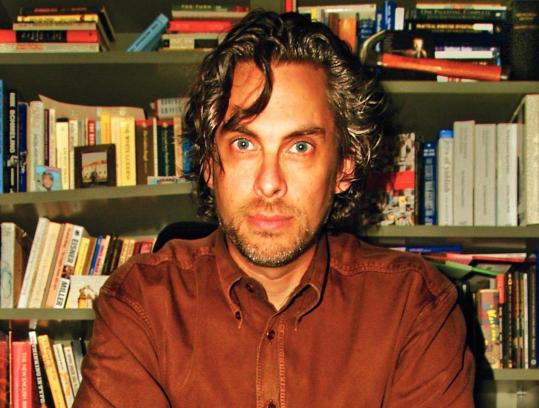 Author Michael Chabon’s new book is a collection of essays covering everything from his childhood in the ’70s to being a parent of four today.
November 27, 2009

The novelist Michael Chabon’s newest book is a lyrical collection of essays, “Manhood for Amateurs: The Pleasures and Regrets of a Husband, Father, and Son.’’ He has poignant and sometimes hilarious riffs on everything from growing up in the 1970s, to the evolution of Legos, to the virtues of the “pitifully low’’ historic standards to which fathers are held, to the long-term effects of consuming too many “neurotic-farting penguin movies.’’ He spoke by phone from Berkeley, Calif., where he lives with his wife, the writer Ayelet Waldman, and his four children.

Q. There’s a skepticism in some quarters about the recent deluge of memoirs by parents. Did you hesitate at all before embarking on this book?

A. Not really. I think a genre is a neutral thing - it’s a matter of what’s done with it, whether the [individual] book rings true or not. If you’re a writer and a father, and you really care about being a father, it seems very natural to consider writing about it.

Q. Did you worry about what your kids would think when they read what you wrote - not the passages about them, or how you secretly throw away their art projects - but the harsh criticism you leveled at yourself. Are there certain parental myths that need preserving until a certain age?

A. Ah yes, those myths of parental infallibility. I think some of what I wrote might surprise them, and maybe they would feel that “I don’t want to know this about my dad.’’ I remember as a kid coming upon a list my father had made of resolutions for intellectual self-improvement. I was shocked that he was even capable of being so far from perfect that he would consider doing something like this. I didn’t want to know about it, I didn’t want him to be that way. But I’m now 10 years older than he was when he wrote that list, and I find it comforting that he had that self-doubt. So I think that’s important to keep in mind as you try to do those calculations about how what you write is going to impact your children and those around you. Their reactions are going to change over time.

Q. You write wistfully about “the wilderness of childhood’’ and the radical freedom to play, explore, and tap into one’s own imagination, but you observe that it’s been radically curtailed for today’s kids by many factors, from our obsessions with safety to the overly slick CGI animated entertainments that we spoon-feed our children.

Q. You also describe yourself as being quite miserable as a kid.

A. And I think that’s really [helped my own kids] - putting myself out there as someone who felt like an outcast and went through a lot of stuff and came out OK. It’s incredible how powerful the normative impulse still is in young adolescents, in the same classic, rigidly genderized, homophobic ways. All the stuff we all remember is so alive and well, even in a crazy transgendered, two-mom, four-dad, biodiesel-driving kind of place like Berkeley, California. I can only imagine what it’s like in Lincoln, Neb. My kids, though, are definitely better adjusted than I was.