A coming-of-age saga, spicy and surreal 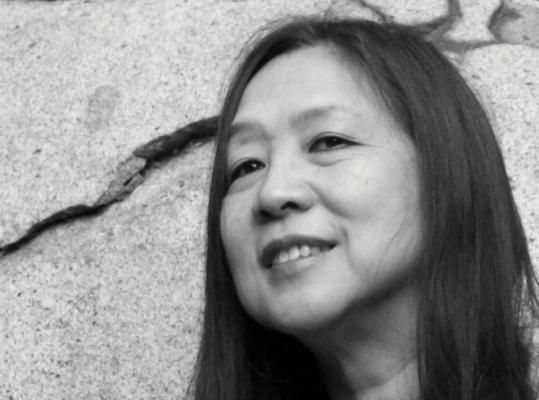 In “Revenge of the Mooncake Vixen’’ (Norton), her first novel, poet Marilyn Chin hurtles us through the adventures of rebellious sisters growing up in their grandmother’s Chinese restaurant. As she alternates scenes that are now lyrical, now gonzo, Chin slyly evokes an invisible immigrant world, the surreal nature of modern America and, in the novel’s most haunting descriptions, the vanished yet enduring lands of birthplace and of memory.

The author of the poetry collections “Rhapsody in Plain Yellow’’ and “Dwarf Bamboo,’’ Chin teaches at San Diego State University. She spoke from her office there.

Q. Is this an immigrant novel?

A. It’s a coming-of-age tale about wild twin sisters living in back of their family restaurant and their madcap grandmother who tries to keep their maidenhead intact. It’s an immigrant tale with surreal things zigzagging through it. Immigrant novels are traditionally straightforward, linear; there’s not much play with realism and naturalism. I’m trying to contest that.

Q. How did you shape it, then?

A. Coming from poetry, I began with image-driven, compressed vignettes - like the shocking opening to the “Moon’’ story, for example - and added kung-fu manga elements, animal fables from ancient Chinese, Taoist, and Buddhist texts. The tales needed central protagonists so I added Moon, Mei Ling (my Chinese name is Mei Ling), and their cleaver-wielding grandmother. Mei Ling is the Dionysian girlie-girl, all appetite, living the American Dream. But I wanted the twins to have evolved from centuries of female suffering and the terrors of the past.

Q. And you set all this in the most prosaic place, the Chinese restaurant?

A. Yes, and mostly in Southern California. The girls drive their delivery van around the Southern California ’hood. The Chinese restaurant is, as you say, ubiquitous. But Chinese restaurants are also secretive villages. In this one neighborhood kids work and hang out, various thugs and innocents pass through: Chinese and Cambodian immigrants with terrible or questionable pasts, undocumented Mexicans, and so forth. It’s also a very oppressive place. Some chefs are indentured servants who never leave the restaurant. Some arrive when they are 14, owing everything to the proprietor, and work to their dying day.

Q. Are you refuting the stereotype of the submissive Asian female?

A. Yes, the well-behaved female . . . and also the well-behaved novel, right? Using short vignettes, I could wax and wane, alternating quiet pieces and really loud pieces. There’s not that much flesh, but when I show flesh I want it to have a shocking effect: Surferdude and Mei Ling having wild sex beside a tub of fermenting tofu. No, there are no submissive Asian females here.

Q. Does the humor result from the collision of two worlds?

A. “Moon’’ is a revenge tale, and I suppose the best revenge is these twins who make it to the promised land of California and wreak havoc. They’re coming to your town, bouncing around, doing kung-fu, and who knows what else. Sometimes it’s shocking just to put a little Chinese girl in the scene. Duchamps can put a moustache on the Mona Lisa. But how about little slanted eyes on the Mona Lisa? That’s even more shocking. Imagine little Chinese girls visiting museums putting slanted eyes on the portraits. That might be very funny.

Q. But the grandmother is also central here?

A. Oh, yes. The character is fashioned after my own grandmother who had the filthiest mouth and was a nasty woman, very controlling and outrageous. But she had a big heart. One of her best friends was a nice white Christian woman who lived across the street. They communicated only with gestures and through their grandchildren. But they remained friends to the bitter end.

Q. Did she control you?

A. She literally sat on the milk box holding a meat cleaver, and she chased many boyfriends away. We would try to meet them a few blocks away, and she would find us and run after those boys with her cleaver. We were so embarrassed. She died in her 90s, and she terrorizes even in death; her voice is embedded in my brain forever. That’s why I have that scene in which she crawls out of Moon’s computer screen, out of the Internet.

Q. As a satire, is this novel in a Chinese tradition?

A. When I was 14, I read Swift’s “A Modest Proposal’’ and was profoundly moved by that. I also loved Mark Twain, how he could talk about race and other important matters through satire, through his big moustache. Of course there’s a long tradition of Chinese satire because it is a way to critique the government, the empire, using animal voices, characters from a different century. I also love stand-up comics. They talk about race in such a direct manner; they’re satirists who take no prisoners. I learned timing from them and also from the ancients, Shakespeare, Catullus, Zhuangzi, for example. They’re verbal ninjas who can slice you to pieces with their insults.

Q. Did you, like Mei Ling, want to be “the perfect blonde girl?’’

A. I look around me in San Diego, and everybody is blonde. It doesn’t matter if you’re Asian, Chicano, black, whatever. We grew up in Portland, Ore., in a neighborhood that was not diverse. I remember trying to bleach my hair; my sister and I used to tape our eyelids because we disliked the shape of our eyes. Growing up in the ’60s and ’70s, we didn’t see our image in the media. It’s different now; there are post-racial babes everywhere. Especially in Southern California, right? [laughs] But that Barbie doll image is still very much with us. It’s terrifying.

Anna Mundow, a freelance journalist living in Central Massachusetts, is a correspondent for the Irish Times. She can be reached by e-mail at ama1668@hotmail .com.