She knows how to cook 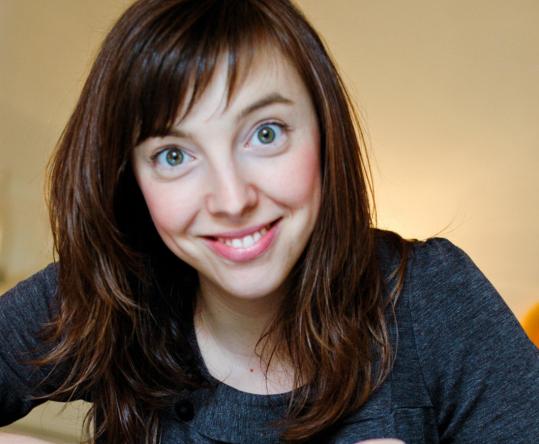 Clotilde Dusoulier is the author of a pair of cookbooks and the blog Chocolate & Zucchini.
By Stephen Meuse Globe Correspondent / September 30, 2009

Je sais cuisinier (“I Know How to Cook’’) was an instant hit when first published in Paris in 1932. The unlikely author of this 2,000-recipe compendium of French bourgeois cuisine was 23-year-old home economics teacher Ginette Mathiot. Along with ingredients and techniques, Mathiot served up advice on the importance of home and the home-cooked meal, indirectly addressing anxieties about low birth rates and a general decline in the quality of family life that were endemic in France in the period between the world wars. For decades a copy of Mathiot’s book was de rigueur for newlyweds and about as ubiquitous in French kitchens as the sauté pan. Now Mathiot’s masterpiece has its first English translation, prepared by 30-year-old Parisienne Clotilde Dusoulier, the author of a pair of cookbooks and the blog Chocolate & Zucchini (www.chocolateandzucchini.com). We reached her by telephone in Paris. STEPHEN MEUSE

Q. Was Mathiot’s book in the home you grew up in?

A. My mother and grandmother had copies of the book. I still have my grandmother’s, bought shortly after her marriage in 1933. It’s shedding little paper crumbs now. I still cook from the French edition. My mother uses it more as a reference.

Q. You’ve retained a section on sauces. Are French home cooks still likely to whip up a sauce bearnaise on a Tuesday night?

A. On a weeknight, if my mother made fish she would make a beurre blanc - any easy sauce. Today, it would be a special occasion preparation. Still, there’s something magical about a sauce. You add it to a dish and it immediately seems more sophisticated.

Q. Is there as much enthusiasm for home cooking in France as there used to be?

A. Interest in food and cooking has not abated at all, but it is changing. Food remains very much at the center of our culture and our identity. There are many processed foods that have become available over the years and some people rely heavily on them. But the French produce a lot of cookbooks, people take cooking lessons, and there are many more food blogs than in the US.

Q. The recipes have been “revised and updated for the modern kitchen.’’ What does this amount to?

A. In some places instructions were too brief, so wording was expanded. We also changed the names of some ingredients to make the book more user-friendly. We changed cooking times where they seemed too long and reduced fat quantities where they seemed excessive. To us, two ounces of butter to cook three ounces of mushrooms just seemed like too much.

Q. The first edition had something like 2,000 recipes; the English language edition has 1,400. How on earth did hindquarter of wild boar - a recipe that begins “three or four days before serving. . .’’ - make the cut?

A. We thought it wasn’t just about the convenience of ingredients or how frequently they’re encountered in the market. We thought that if someone came across some unlikely cut of meat they might turn to Mathiot for an answer. It’s one reason that the book is precious. We also know cookbook readers like to dream a little.