How Americans dealt with the Depression by facing up to it, yet escaping into entertainment and art 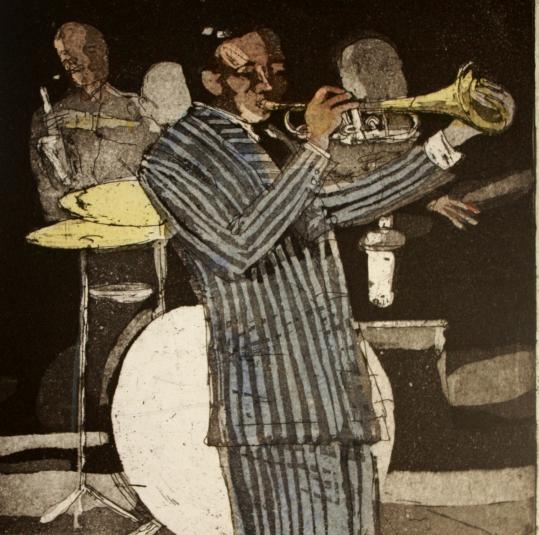 “I talk with the authority of failure.’’ When thinking about the popular culture of the 1930s, that icon of Jazz Age decadence, F. Scott Fitzgerald, rarely comes to mind. And yet it is Fitzgerald’s words that haunt Morris Dickstein’s judiciously researched, persuasively argued, elegant analysis of Depression culture, “Dancing in the Dark.’’ Failure was in the air - the country itself had failed, in a way - and the weightless fantasies of a prior decade had lost their savor. A new language was required. Failure was not always the subject, but its vocabulary was required, and inescapable.

Americans wanted blunt truth at the same time that they wanted escapism. They were like Ginger Rogers being swept across the dance floor by Fred Astaire, taking one step toward their partner, then two steps away. The dance required both motions. “This is the split personality of Depression culture,’’ Dickstein argues. “On one hand, the effort to grapple with unprecedented economic disaster, to explain and interpret it; on the other hand, the need to get away, to create art and entertainment to distract people from their trouble, which was in the end another way of coming to terms with it.’’

The former - John Steinbeck and Richard Wright, “I Am a Fugitive from a Chain Gang’’ and “Let Us Now Praise Famous Men’’ - are the more obvious relics of Depression culture, but Dickstein, author of the well-regarded “Leopards in the Temple,’’ makes a stronger case for the latter. He sees the ugly realities of the Depression cleverly hidden inside the decade’s swing music, its backstage movie musicals - even its décor. Dark times made for light-hearted entertainment; Astaire, Duke Ellington, and art deco all spoke to Americans’ desire for fleet-footed elegance. As Dickstein reminds us, “Great art or performance helps us understand how people felt about their lives; it testifies to what they needed to keep going.’’

Having ignored so much of the American experience in the preceding decades, writers, photographers, and musicians were rediscovering a vast aching America. Woody Guthrie’s topical ballads, the proletarian fiction of Michael Gold and Henry Roth, Walker Evans’s photographs - each was, in its own way, awaking to a confounding new country, suffering and calling out for anything that might soothe the pain.

The two-pronged approach - plain talk, and consolation - found its exemplar in President Franklin Delano Roosevelt, whose fireside chats offered a seamless blend of unfiltered honesty and soothing encouragement. For some, like Bing Crosby, whose intimate singing style was the closest musical approximation of FDR’s homey amiability, it was the president’s style which was of the essence; for others, like Steinbeck, it was the substance - his second-inaugural evocation of “one-third of a nation ill-housed, ill-clad, ill-nourished.’’ Popular culture was, in this era, lagging a step behind politics, scrambling to keep up with Roosevelt’s umbilical attachment to the American people.

“Dancing in the Dark’’ is not encyclopedic. It cannot, and does not, include every last memorable artifact of the era, and some may be alarmed by the absence of Gary Cooper, or Count Basie, or Raymond Hood. Dickstein, however, is exhaustive without being exhausting, and his book is a commendable compression of a complex decade.

Dickstein references other historians’ surprise at the passivity of the American response to financial and political turmoil. Even when faced with unprecedented chaos, relatively few Americans took comfort in fascism and Communism. While Dickstein doesn’t come right out and say it, the conclusion after reading his book is a fairly obvious one: Americans couldn’t be mobilized for political rallies because they were all at their local movie theaters catching the latest Cary Grant comedy. If Americans wanted to hear a good story, they preferred Louis B. Mayer’s to Joseph Stalin’s.

Movies were a secular religion for Americans in the 1930s, their stars the denizens of a modern Mount Olympus. And while there were numerous films of the era that tackled the Depression head-on - John Ford’s adaptation of “The Grapes of Wrath’’ not least among them - the 1930s are actually best remembered for cinematic fantasies: screwball comedies, backstage musicals, even gangster pictures, which “reinvented rags-to-riches fantasies in terms the Depression audiences loved and needed.’’ This is Dickstein’s essential point: Even the era’s escapism was carefully molded for an audience formed and haunted by the Depression. “My Man Godfrey,’’ or “42nd Street,’’ or “Scarface’’ were all too aware of the encroaching darkness. They were not interested in denying what everyone already knew - only in offering a temporary balm. “It’s conventional to call these movies escapist,’’ argues Dickstein, “but they are imbued with the real concerns of the beleaguered audience.’’ They are fairy tales played against real backdrops, gossamer fantasies clad in the iron of lived experience.

For many liberals in particular, the 1930s have been burnished with the sheen of nostalgia, remembered as a moment of unprecedented seriousness, unity, and cohesion. Over the past year, we have watched, helpless once more, as the American economy has been rocked to its foundations. Will the chaos have us dancing in the dark once more? The parallels between that era and this one are numerous - politics again seems to have gotten the jump on popular culture, which often feels hopelessly inadequate to the task of explaining the new world to us - but all indications point to no. So long stigmatized and ignored, the voice of failure is one we are no longer capable of properly hearing.

Critic Saul Austerlitz is a regular contributor to the Globe.

DANCING IN THE DARK:
A Cultural History of the Great Depression
By Morris Dickstein
Norton, $29.95, 598 pp.