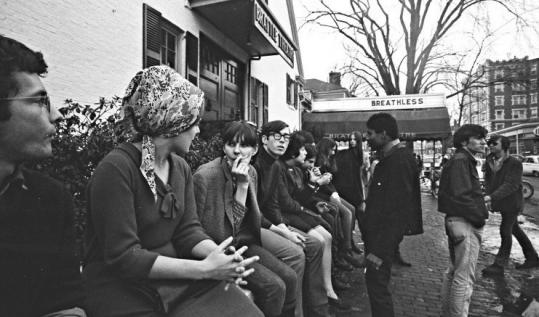 The publisher Scribner stirred debate in literary circles this summer when it published a new edition of Ernest Hemingway’s “A Moveable Feast.’’ Scribner called it “restored.’’ Among the matters under debate is whether a classic should be reworked.

The story behind the new edition is tangled up in Hemingway’s personal life. When he committed suicide in 1961, he was working on a memoir of Paris in the 1920s. His fourth wife, Mary, prepared the “Moveable Feast’’ manuscript for publication. She included some material about her husband’s first marriage that he had indicated he wanted excised.

Seán Hemingway, grandson of the writer and his second wife, Pauline, edited the new edition, drawing on manuscripts housed at the John F. Kennedy Presidential Library and Museum in Dorchester. He restored passages that were sympathetic to his grandmother and made other changes.

Next Sunday at 2 p.m., Seán Hemingway will return to the library to discuss updating his grandfather’s memoir. Reservations are recommended. Details at www.jfklibrary.org.

Square characters
Mo Lotman, like so many before him, fell in love with Harvard Square when he arrived two decades ago. He has danced, shopped, and busked there, and rubbed shoulders with movie stars and musical legends. His new oversized book, “Harvard Square: An Illustrated History Since 1950,’’ is his love letter. It contains hundreds of photographs, essays about the square’s characters and landmarks, and reminiscences by John Updike, William F. Weld, and Amanda Palmer, among others.

So much has happened in Harvard Square. Antigovernment protests erupted into full-scale riots. The teenaged Joan Baez launched her career before an adoring crowd at Club 47. Frozen yogurt was invented at The Spa on Brattle Street. Other long-gone establishments include Jonathan Swift’s, Mandrake Book Store, the Tasty, and Hayes Bickford’s, the 24-hour restaurant immortalized in a poem by Lawrence Ferlinghetti.

Club Passim, the storied basement venue, is hosting a party to celebrate Lotman’s book on Tuesday at 7 p.m.

The dessert theory
Charles Darwin loved desserts, and his wife, Emma, indulged his sweet tooth, using up to a quart of cream in the puddings she made for him. Darwin the scientist told himself he should give up dessert, but excused his failure to do so, claiming that vows were not binding unless they were made aloud.

Next week Harvard’s Museum of Natural History will pay homage to Emma Darwin’s home cooking. Weslie Janeway, coauthor of “Mrs. Charles Darwin’s Recipe Book,’’ will host a sampling of Victorian dishes such as cheese straws, fish croquettes, and scotch cake. Advance tickets ($25) are required for the Sept. 24 talk and reception. Send your RSVP to members@oeb.harvard.edu or call 617-496-6972.

Coming out
“Where Men Win Glory: The Odyssey of Pat Tillman,’’ by Jon Krakauer (Doubleday)

“Flawed Dogs, The Novel: The Shocking Raid on Westminster,’’ by Berkeley Breathed (Philomel)

“The Future of Faith,’’ by Harvey Cox (Harper One)

Pick of the week
Rita Moran of Apple Valley Books in Winthrop, Maine, recommends “The Crowning Glory of Calla Lily Ponder’’ by Rebecca Wells (Harper): “It’s a luminous account of love gained and lost, of life’s beginning and end, of finding the joy in each day. Wells’s latest is full of characters you will want to spend time with, as well as recommend to your friends and reading groups.’’