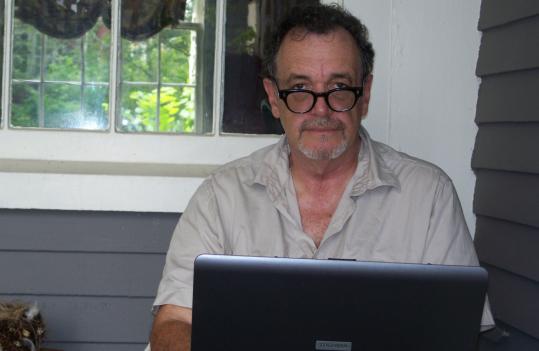 In his book, Freetown author J. North Conway ponders who were the real thieves.
By Robert Knox Globe Correspondent / August 27, 2009

Drumming up business through authors’ visits is one way the Bookstall, an independently owned Marion bookstore, stays alive in the era of vanishing local booksellers.

“You do events to get people to come into the store as often as you can, as many hours as you can,’’ said Bookstall owner Mimi Putnam. A Marion resident with a background in retail, she always wanted to own a bookstore but “had no idea what I was getting into’’ when she bought the store five years ago, Putnam said.

Independently owned for more than 50 years, the Bookstall prides itself on strong customer service, staff book recommendations, book-themed gifts (how about a fashionable hand-sewn bag from Colorado to carry those purchases home?), a recently expanded children’s section, and a shop online option through its website.

It also relies on a steady stream of special events to remind customers that among life’s necessities is something good to read. This weekend’s visitor is an author, J. North Conway, a Freetown resident and University of Massachusetts Dartmouth teacher known to South Coast readers for his book on the building of the Cape Cod Canal, “The Cape Cod Canal: Breaking Through the Bared and Bended Arm.’’

Conway’s latest work on American history is “King Of Heists: The Sensational Bank Robbery of 1878 That Shocked America.’’ The book is a nonfiction account of what the New York Times called “the most sensational in the history of bank robberies in this country,’’ targeting a symbol of great wealth (the Manhattan Savings Institution) at a time when the wealthy lived next door to great poverty.

His book poses the question: “Who were the real thieves here?’’ Conway said last week. At the time, people moralized that “the poor souls who lived in the slums could never steal as much’’ from the bank’s rich owners “as the robber barons of the Gilded Age had stolen from the poor,’’ Conway said.

Conway will discuss the book, take questions, and sign copies.

Other recent events at the Bookstall include an appearance by Anne LeClaire, author of “Listening Below the Noise: A Meditation on the Practice of Silence,’’ a book based on the author’s practice of refraining from speech for two days a month; and by Jennifer Cody Epstein, author of “The Painter From Shanghai,’’ a well-reviewed novel based on the life of a former child prostitute turned celebrated painter.

The summer’s list of visiting attractions also included a duck. Lemon, a crested Pekin duck, is a “handicapped duck,’’ Putnam said, born with neurological problems that affect its balance. The duck is owned by kindergarten teacher Laura Bachman, who wrote the children’s book “Lemon the Duck’’ and now makes appearances with her book’s subject.

Lemon drew a big family crowd at her store, Putnam said. “There was a line to pet the duck, and a line to get the book signed,’’ she said.

Crowds are good for the Bookstall, and according to small-business boosters, stores like the Bookstall are good for Marion and its neighbors. Locally owned bookstores, their advocates say, add competition and product diversity to the market, make decisions based on community conditions, and keep local money in the local economy.

“We pride ourselves on our loyal clientele,’’ Putnam said. “We are really good. We are well read, educated, and we know our customers.’’

The store recently expanded its children’s section. “People will spend money on their children before themselves,’’ Putnam said.

Robert Knox may be reached at rc.knox2@gmail.com.

author of “King of Heists’’