Back to Yasgur’s farm

40 years later, memories of the difficult birth and the iconic (if drug-addled) triumph of Woodstock 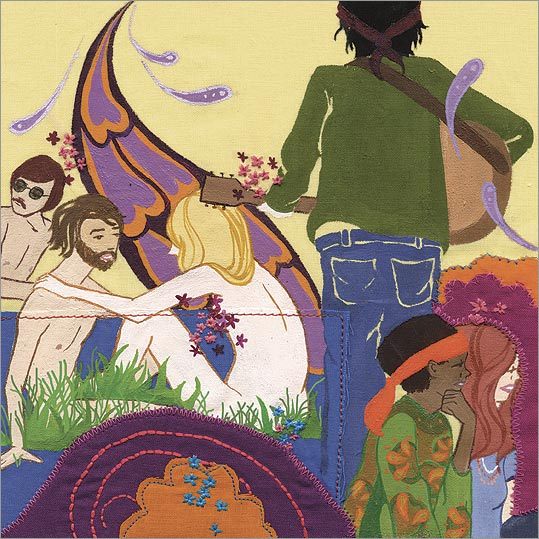 Forty years later, the Woodstock Music and Art Fair seems like a faint, faraway dream. Tickets to the event were surely a dream by modern standards. A one-day pass cost $7 - less than the cost of a beer at the Center now. And all three days cost $18 - more than $300 less than a good seat to a single show by the Rolling Stones or Madonna.

Woodstock was an improvised hippie happening: “We made it up as we went along,’’ writes producer Michael Lang. But despite mud, overcrowding, a lack of food and sanitary facilities, it can still lay claim to being an unmatched cultural event. It was the first big outdoor rock concert on the East Coast, attended by an estimated 500,000 people, and it has come to symbolize an entire generation. (Crowd estimates vary because most people streamed in for free.) Woodstock paved the way for the green movement and blissfully lacked the corporate signage that typify today’s co-opted rock shows.

Two new books are out, looking to plug into Woodstock nostalgia, with the 40th anniversary coming next month. Both are to be recommended, but for different reasons. Lang’s “The Road to Woodstock’’ is an adrenaline-rush account of the weekend itself and the activity behind the scenes, from the struggle to coax bands into signing up (Lang stayed up all night with the Who’s Pete Townshend until Townshend finally agreed at 8 a.m. so he could get some sleep) to negotiations with skeptical town officials in upstate New York who feared an invasion of hippies. The town of Wallkill turned him down only a month before the festival, forcing Lang to hustle to find an alternative site: Max Yasgur’s 600-acre farm in Bethel. Carpenters were still finishing the stage on the first day.

The other book, “Back to the Garden,’’ is by New York disc jockey Pete Fornatale, who collects dozens of first-person memories from bands, organizers, and fans. He is not a great writer and is prone to clichés (“by Friday the route to the festival had more clogged arteries than Elvis Presley’’), but fresh insights from the artists make it an important read. And while most of the quotes he uses are positive (Woodstock “was wonderful and breathtakingly exhilarating,’’ says Arlo Guthrie.), some are much less so. Take this one from Indian sitar master Ravi Shankar, talking about the stoned nature of the crowd: “It reminded me of the water buffaloes you see in India, submerged in the mud. Woodstock was like a big picnic party, and the music was incidental.’’

Lang’s book is the better of the two. He coauthored a mostly pictorial book, “Woodstock Festival Remembered,’’ for the event’s 10th anniversary, but this is his most extensive analysis. He’s a charming character - so much so that he once convinced his parents that smoking pot was fine, after his mother found a stash in his bedroom closet in Brooklyn. And, after a fractured career path of running head shops in Miami and Coconut Grove, he moved to Woodstock and put his charm to work there. He had a vision for the festival and knew the right people to recruit. He had three partners - John Roberts, a trust fund kid; Artie Kornfeld, a Capitol Records executive; and Joel Rosenman, son of a Long Island orthodontist.

Lang also hired technical directors from the famed Fillmore East in New York and secured some of his favorite bands, paying $10,000 each to Creedence Clearwater Revival and Jefferson Airplane; and $12,500 for Canned Heat. He rented Yasgur’s farm for $50,000 and appeased radical activist Abbie Hoffman with $10,000 to set up a printing press for political pamphlets on site, though no political discussions were allowed on stage.

Lang does a fine job of recreating the crazed spontaneity of the weekend. Performers such as the Airplane, John Sebastian, and Guthrie dropped acid before their sets, and Carlos Santana admits to being high on mescaline when he played. Set times were pushed back by 12 hours because of bad weather and delays in getting to the site. And countering the assumed Woodstock bliss is Lang’s confession that two vendor tents were burned down by fans angry at high prices. In Fornatale’s book, the interviews - many are new and some culled from his radio show through the years - are better than his intervening text. He offers little about the logistics, but a lot about the musicians, giving extensive (and sometimes superfluous) histories on each act that played. He veers away from the concert to give a long history of the sitar, for example. But he gets in some great new details along the way. One comes from Alvin Lee of Ten Years After, who says that while the audience was friendly, there “wasn’t a lot of peace and love backstage’’ because “there were a lot of managers’’ there. And Henry Gross of the group Sha Na Na talks of being offered Jack Daniel’s at 9 a.m. by Jimi Hendrix, then pot from Jerry Garcia that afternoon. “Between Jim’s hooch and Jerry’s hemp, I’m hallucinating,’’ he recalls.

The promoters lost money, since most of the crowd attended for free, but the resulting Woodstock movie went on to make $50 million and win an Oscar. Warner Bros., which released it, cleaned up, Lang says, but it was too late to do him much good. Lang and Kornfeld were bought out for $31,750 each by Woodstock Ventures, which they helped form.

Perhaps singer Graham Nash sums up the Woodstock mystique best, saying “as we get into the future, the legend, the myth of Woodstock becomes greater than the actual reality.’’ No argument there.

Steve Morse, a former Globe music critic, can be reached at spmorse@gmail.com. 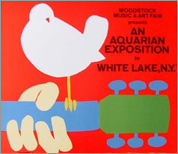 THE ROAD TO WOODSTOCK: From the Man Behind the Legendary Festival By Michael Lang

BACK TO THE GARDEN: The Story of Woodstock By Pete Fornatale