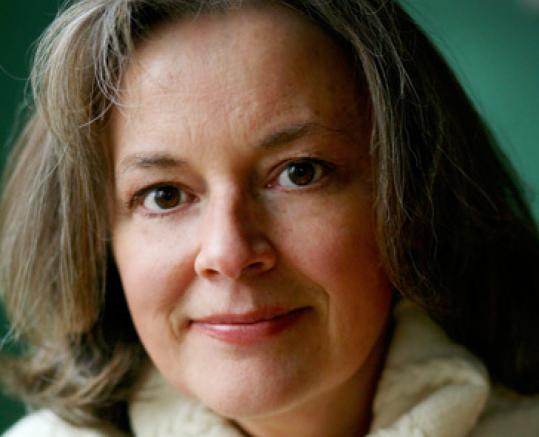 There is, believe it or not, a publication by the name of Uranium Intelligence Weekly, and Stephanie Cooke is its editor. This esoteric subject is right up her alley, as Cooke covered the nuclear industry for almost 30 years. Cooke, who grew up in Sudbury, has just written a book, “In Mortal Hands: A Cautionary History of the Nuclear Age’’ (Bloomsbury), in which she pierces the secretive society of the players and history of nuclear energy. Cooke now lives in Washington, D.C.

Q. Why did you decide to write about nuclear energy?

A. After the first Gulf War, the world seemed genuinely surprised about the discovery of Saddam’s secret nuclear arsenal, but it was no surprise to people who had been following the situation since the early 1980s. I wanted people to know about the very close link between the civilian and military sides of nuclear energy, and how commercial nuclear trade can foster unwanted bomb programs.

Q. What were the most surprising and scariest things you learned?

A. The extent to which political leaders, beginning with Harry Truman, were and are so naive when it comes to understanding the dangers and potential repercussions of embracing nuclear energy, whether for weapons or electricity. Truman appears to have approved the hydrogen bomb with barely a nod of his head. Today I find it extraordinary that certain members of Congress . . . buy nuclear as “clean’’ energy. It may be relatively carbon free, but clean it is not.

Q. What conclusions did you come to as far as policy makers and regular citizens go? What needs to be done?

A. Policy makers need to formulate a more cohesive national energy policy. . . . Ultimately I think that will involve reorganizing the Department of Energy. Right now the agency spends about two-thirds of its budget on weapons and nuclear clean-up, and far less on alternative energy. Citizens need to lobby their representatives in Congress for change. They need to get more active on the domestic front, too, looking for ways to conserve energy and to produce it themselves, more cleanly and probably in the end, more cheaply.

A. The public has few ways of knowing what really goes on inside nuclear reactors because official reporting channels are mostly off-limits to it. Dozens of “incidents,’’ some minor, others not so, are reported each day, yet we rarely hear about them.

Q. Should citizens be wary of nuclear plants in their midst?

A. In a word, yes. The chances of disaster are small, but the consequences potentially devastating. What worries me right now are the 20-year life extensions being granted by the Nuclear Regulatory Commission to already-aging reactors. That could be a recipe for disaster.

A. A former NRC safety official I talked to said this: “It’s not a question of if another bad accident is going to occur; it’s a question of when.’’