THIS STORY HAS BEEN FORMATTED FOR EASY PRINTING
THREE TO SEE 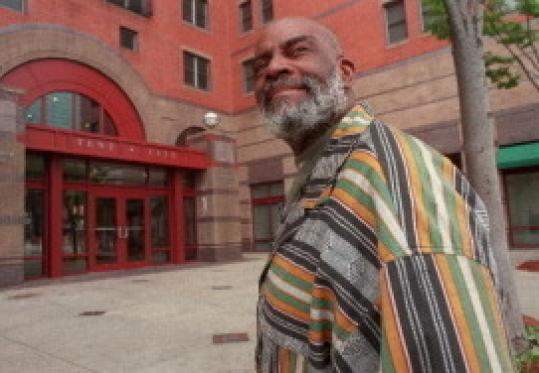 The tolerant, multihued Boston of today was a far harsher place socially in the 1970s, when issues surrounding school busing and lack of opportunity violently split the city along racial lines, spotlighting its shortcomings for the whole nation to see.

It has taken decades for Boston to change its reputation as intolerant of minorities, and many observers say that shift started in 1983, when Mel King and Ray Flynn waged a tough but fair campaign for mayor. King, a state representative, was the first African-American to reach the finals in a mayoral election here. Flynn was a son of South Boston, which had fought hard to maintain its neighborhood schools, but he was ready to break with the past. King was (and is) a proud black man, his head shaved, his faced bearded, with the sort of intense gaze that could make whites uneasy. But when he spoke, his voice was soft, lilting, sensible, analytical. Perhaps just as important, he has the soft R's of a deep Boston accent. In other words, many whites listening to him and his arguments for social justice had to admit that he was not so different from them, with viewpoints that finally needed to be heard.

King lost that election, but his decades of work as an urban activist, lecturer at MIT, and founder of the downtown Tent City project have helped to reshape the city, to the point where Boston gave sweeping voting majorities in recent elections to an African-American governor and a president.

King, still going strong at 80, has a new book out, "Streets," which is kind of an illustrated love poem to the city. He'll speak tomorrow at 6 p.m. at the Boston Public Library, Copley Square. Also on the program are Glenna Lang and Marjory Wunsch, authors of "Genius of Common Sense," about the dramatic impact that social activist Jane Jacobs had in revitalizing American cities.

WESTWARD HO
Nantucket's Nathaniel Philbrick, who specializes in breathing new life into American history in such carefully crafted books as "Mayflower" and "In the Heart of the Sea," shifts his attention to the West in his latest project, "Starting at Standing Rock: Following Custer and Sitting Bull to the Little Big Horn." Philbrick will discuss this work in progress Thursday at 5:30 p.m. at the Peabody Museum of Archaeology and Ethnology, 24 Oxford St., Cambridge.
TIME MARCHES ON
Novelist Paul Harding reads from "Tinkers," his evocative tale of a New England patriarch, slipping toward death while surrounded by his family and the antique clocks he repairs, tomorrow at 7 p.m., at Brookline Booksmith, Coolidge Corner.