Currents of loss and revenge run deep in 'The Missing'

Tim Gautreaux's absorbing novel is a reflection on how loss can haunt and possibly destroy us. The novel's main character, Sam Simoneaux, was a baby in the backwoods of Louisiana when a group of outlaws killed his entire family. Sam survived because he was hidden away. Gautreaux's narrative explores what this loss has done to Sam's soul: Can the adult Sam accept what happened or will he seek revenge?

The author paints the novel's various settings with great skill, as he follows Sam from the battlefields of World War I, to 1920s New Orleans, to a riverboat navigating the Mississippi River. Throughout, Sam is followed by loss. Landing in France with the US Army on the last day of World War I, Sam imagines the wartime carnage: "He looked out and saw half a million soldiers going at each other in a freezing rain, their bodies shredded by artillery, their faces torn off, their knees disintegrated into snowy red pulp, their lungs boiled out by poison gas."

Sam returns to his hometown, New Orleans, and works as a department store floorwalker. One day, a girl goes missing in the store, and Sam, searching for her, gets knocked unconscious by one of her kidnappers. The frantic parents, as well as the store's owner, blame Sam for not doing enough to find the child. After being fired, Sam is awash in guilt.

What Sam does next propels the rest of the story. He decides to find the missing girl. Since the child's parents work on a Mississippi riverboat, the Ambassador, Sam takes a job on the vessel and begins investigating.

At each riverside town, Sam follows up on clues. Several of the villages prove dangerous, and Sam's riverboat duties include taking weapons away from local toughs. After a gunfight on board, the no-nonsense riverboat captain doles out some rough justice: "The captain's face was terrible to see. He jerked both revolvers away and threw them over the rail, then grabbed the man who'd fired his gun. . . . 'All right you undernourished squirrel, start stroking for land.' Captain Stewart grabbed his triple-stitch shirt with one hand and his crotch with the other and hurled him over the rail into the blackness" of the Mississippi.

Sam's investigation takes him into the backwoods where no law shows its face. He meets with the lethal Skadlock clan, which had kidnapped the girl at the behest of a rich banker in Kentucky. Sam returns to the riverboat with this information. The girl's father decides to take revenge on the Skadlocks. Despite Sam's warnings, the father embarks on his mission, never to return.

Sam also learns who killed his own family and is torn between accepting what happened and taking revenge. Later, Sam visits his surviving Uncle Claude, who raised him, and seeks answers. Uncle Claude advises leaving the past behind.

In the end, Sam finds the girl and returns her to her family. Then Sam finds the clan that killed his family long ago. Gautreaux understands the logic of "an eye for an eye," but also knows that a cycle of violence leaves everyone blind. Sam must decide what justice requires in his situation. Gautreaux's novel, though in places as winding as the Mississippi itself, is a primal story about the meaning of loss, the pull of revenge, and the necessity of healing. 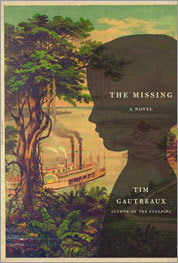