On the bicentennial of his birth, a wave of books about the pivotal president yields memorable insights 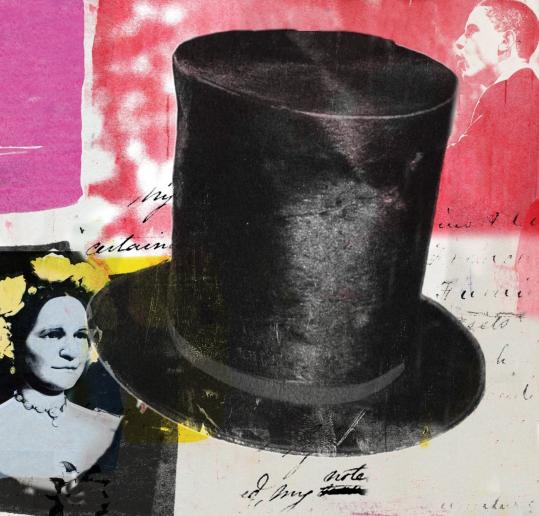 For many Americans, it is always Lincoln time. President Obama is among them. He's an Illinois lawyer who first entered the national limelight as an orator, like Lincoln. In his first and only term on Capitol Hill he denounced a dubious but popular war, like Lincoln. He announced his presidential candidacy in Springfield, Ill., quoting Lincoln on the need to think and act anew. He tapped his New York rival to be secretary of State, like Lincoln. Sworn in Tuesday on Lincoln's Bible, Obama continually draws strength, and sound bites, from Lincoln's example. For Lincoln and Obama, anything is possible in America - even an end to disillusionment with politics.

Publishers and authors didn't know that the bicentennial of Abraham Lincoln's birth would include an official, inaugural boon to all things Lincoln, but they are certainly ready. Is it the great American cornucopia, or just hucksterism, when we get as many as 60 new books, of all shapes and sizes, in time for Feb. 12? If you like your biographies very short and sweet with a dash of corrective moralism, you might try George McGovern's "Abraham Lincoln" ($22), a well-timed entry in Times Books' presidents series, written by the former White House candidate. If your appetite for Lincolniana (yes, there's a name for it) is limitless, there's historian Michael Burlingame's 2,000-page slipcovered tomes, "Abraham Lincoln: A Life," much anticipated by experts and on sale for a cool $125. For a greatest-hits approach, there's even a Library of America "Lincoln Anthology" ($40), edited by Harold Holzer and filled with excerpts from great writers, classic biographies, and half a dozen recent novelists, topped off with Obama's 2007 Springfield speech. Historians plumb the difficult and controversial topics of Lincoln's religious and racial attitudes in "Our Lincoln: New Perspectives on Lincoln and His World" (Norton, $27.95), edited by Eric Foner.

All authors - and most reviewers - rightly apologize for writing again on someone who likely has inspired more books than anybody except Jesus Christ. Still, of the new Lincoln books, we have a few that may be long remembered, even if, like Lincoln in his own time, they aren't everyone's cup of tea. Ronald C. White's lively biography, "A. Lincoln," takes the most traditional approach. His is the Lincoln who never erred, only grew. No good Lincoln biography would be without the catalog of virtues, and White doesn't stint. Not for him the 20th-century revisionism, or cynicism, that has led to an emphasis on Lincoln's political craftiness, the seeming drift early in his career and presidency, the racism that stained his antislavery politics, his raw frontier humor, or even his legendary physical awkwardness. Lincoln's critics and enemies are heard from, but with disapproval; in this telling even his cabinet rivals are won over rather easily. Those who sought to confine "the dynamism of the developing Lincoln" fail repeatedly. Contemporaries recognized his "deeper moral character."

What's distinctive and winning about "A. Lincoln" is its portrait of Lincoln as an orator who considered what his opponents were saying and worked hard to get his words right. In a sense, he got up on a stump as a teenager and never stepped down. Traveling the circuit in central Illinois, he saw lawyering as a kind of community mediation - a sort of everyday politics. He rose to national prominence after immersing himself in the state library to come up with a particular take on why the Founding Fathers really disapproved of slavery and did not want it to spread. He combined bold eloquence with a conservative temperament, leavening it all with humor and humility. White is at his best in showing how Lincoln's essential honesty shone through his skilled politicking. He finds plenty of testimony that Lincoln's rise was no accident. People responded because the rail splitter kept things real.

Fred Kaplan, the author of biographies of Mark Twain, Henry James, Charles Dickens, and Thomas Carlyle, gives us a sophisticated take on the Lincoln revival in "Lincoln: The Biography of a Writer." His Lincoln is a great artist of the pen whose life and career stand as a rebuke to "distortions and the dishonest use of language." Kaplan is hardly the first to recognize and celebrate Lincoln's way with words. He emphasizes the particularly literary side of the 16th president, who carried Byron, Burns, and Shakespeare in saddlebags. A gifted writer himself, Kaplan even manages to get us interested in young Abe's satirical verses and the contents of the primers he devoured. While Kaplan emphasizes the written word, the picture he paints is of a man always moving between the spoken, the written, and the printed: reading aloud with friends, writing notes to himself for speeches, poring over newspapers. Lincoln preferred to write before he spoke and even believed the written word superior to the spoken, but never thought either should be taken lightly. His care with language shaped his outrage at President James K. Polk's evasive justifications for the Mexican War and Stephen Douglas's vile race-baiting a decade later.

Kaplan's emphasis on Lincoln's growth as a writer-politician before the Civil War prevents him from fully showing how Lincoln groped toward a refusal of racism as a partisan resource in the political battles of the time. He doesn't have much to say about Lincoln's great speeches of 1863 and 1864, perhaps because his own well-developed sense of style dictates that a book that lingers over language can't afford to seem as long or repetitive as a 19th-century stump speech. He speeds to the conclusion, covering the presidency and the war in one chapter. His Lincoln hardly needed to grow in office: The skills he needed had gotten him there.

Mary Todd Lincoln burned her letters to her husband in the alley behind their Springfield house on the eve of their departure for the White House. As a result, we have known her most vividly through the harsh glare of the press and the sniping of Washington insiders. Kaplan praises the Lincolns' "intimately loyal relationship," yet despite a mention of the missing correspondence, he finds that Mary "gave no indication that she appreciated her husband's literary talent and may have resented his constant reading." Catherine Clinton's spirited and fast-paced rebuttal, "Mrs. Lincoln," comes as a relief, even if one is predisposed to sympathize with the travails of the Victorian husband. Lincoln did agonize over getting married, but it turns out he didn't have it so bad - not least because he was captivated by Mary's intellectual gifts. Well educated, a lover of poetry, a great conversationalist who was fascinated by politics and knew Henry Clay personally, she wasn't a bad match for the voracious reader and ambitious lawyer from Kentucky.

Lincoln biographers often take the stance of stogie-smoking male insiders, quoting his friends on the wife's hysterical fits. Clinton, a distinguished historian of women and the Civil War era, sees another side of the story. Mary Todd was among the first to look beyond Lincoln's rough frontier background. According to one of her sisters, Mary served as a key sounding board and Abe never took a step without consulting her. During the campaign of 1860, Lincoln stayed home, which was standard practice, and received a steady stream of visitors and journalists for dinners she hosted, in the home she had remodeled.

At first, Eastern reporters expressed pleasant surprise: Mrs. Lincoln "is really an amiable and accomplished lady," wondered the New York Herald. Mary Todd Lincoln was undone by a series of tragedies and the capital's fishbowl dynamics, already in play. As her husband patiently remained in dialogue with politicians from several regions, she tried to limit access to him, only to be resented by his male inner circle. Refurbishing the shabby White House, she was hounded by paparazzi on shopping trips to New York. "If she but drives down Pennsylvania Avenue, the electric wire trills the news to every hamlet in the union," remarked English reporter William Howard Russell. Yet her wartime hospital work received no press. At a time when so many families lost young men, it was easy to forget her loss of two sons - one, 10-year-old Willie, just nights after one of her innovative large receptions at the White House.

Clinton may stretch in describing a Mary who "chafed against the restraints that fenced women in," and perhaps also in describing her as a "passionate abolitionist." She warmly welcomed African-Americans into the White House and developed close ties with Massachusetts Senator Charles Sumner and other radicals, but, as Ronald White mentions, she also denounced cabinet officers who crossed her as abolitionists. (Or is that the biased testimony of Lincoln's Mary-hating male secretaries?) No one ever says Mary was "big enough to be inconsistent," as W.E.B. Du Bois characterized Lincoln's own racial politics.

Fortunately, Clinton is not tempted to invert the biases of the male Lincoln establishment and blame Abe for what may have been, or become, his emotional distance. She rights the balance without denying Mary's descent into self-involvement, therapeutic shopping, political ineffectiveness, and (as a widow) temporary insanity. A "flawed and brilliant" woman who "failed miserably in the court of public opinion," she gave Lincoln the physical space and "emotional yeast" he needed. If White and Kaplan are right about Lincoln's growth as a writer and a moral being as well as a leader, his wife has to get at least some of the credit. Future biographies will have to be more generous to her.

Biography, like Lincoln, is a renewable resource. With a former first lady, Hillary Clinton, in the top cabinet post now, we may soon see joint biographies of political couples, published to coincide with their wedding anniversaries. In America, anything is possible.

David Waldstreicher teaches at Temple University and is the author of "Runaway America: Benjamin Franklin, Slavery and the American Revolution."

A. LINCOLN: A Biography By Ronald C. White Jr.

LINCOLN: The Biography of a Writer By Fred Kaplan