THIS STORY HAS BEEN FORMATTED FOR EASY PRINTING
2008 COOKBOOK ROUNDUP

Some pages to savor 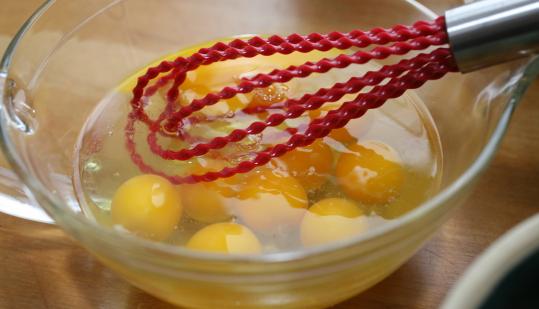 This year, cookbooks have a new mantra. Think small: minimal ingredient lists, short prep times, little gatherings. All of that bodes well for anyone who loves to cook and entertain.

"Fresh & Honest" by Peter Davis of Henrietta's Table in the Charles Hotel (3 Bean Press, $35) does its best to simplify the world of New England provender. For all its minimalism, the book lacks nothing in the flavor department, featuring small but choice hearty meat dishes and roasted fowl and a plethora of vegetables. Cider and maple feature prominently, and local farms get star treatment.

Nearly every year Ina Garten comes up with a fresh batch of simple, impeccably tested, flavorful recipes. "Barefoot Contessa Back to Basics" (Clarkson Potter, $35) has some perennial favorite tastes - lemon, prosciutto, Parmesan, shrimp - but what could be better?

In a year when single-subject books are scarce, Roy Finamore (of "One Potato, Two Potato" and "Tasty") comes through in a valiant way with "Fish Without a Doubt" (coauthored with Rick Moonen, Houghton Mifflin, $35). Organized by technique (poaching, baking, searing, grilling, etc.), it's a one-book dictionary of fish dinners for those of us - and we are many - with limited piscine repertoires.

You may not feel you need an 800-page tome by famous French chef Joel Robuchon. But "The Complete Robuchon" (Knopf, $35) is as surprising for its practicality as its breadth. If cockles and rabbit terrine do not make it onto your regular weeknight rotation, there's a good chance pan-fried lamb chops with tomatoes and zucchini will.

It was only a matter of time before Arthur ("The Food Maven") Schwartz's "Jewish Home Cooking" (10 Speed Press, $35) filled a great hole in the universe where the Yiddish-American cookbooks once were. That is not to say you should abandon your favorite Jewish deli just because you know how to make kugel and gefilte fish. But for those of us who live far from those fabled institutions, at last there's an alternative.

Traveling foodies Jeffrey Alford and Naomi Duguid have journeyed to central and western China in "Beyond the Great Wall" (Artisan, $40), and returned well-fed. The compromises they make to bring far-flung foods to Western kitchens can be striking, and I'm never convinced these dishes taste totally authentic. But for armchair adventurers, their exotic narrative is impossible to resist.

Among a small selection of baking books this year, one was a surprise: Sur La Table's "Art & Soul of Baking" by baking teacher Cindy Mushet (Andrews McMeel, $40) is one kitchen-store book where the food lives up to the glistening wares. Well-illustrated how-to's include puff pastry, muffin batter, and dumplings.

REVIEWED THIS YEAR AND RECOMMENDED:

"The Splendid Table's How to Eat Supper" by Lynne Rossetto Kasper and Sally Swift (Clarkson Potter, $35).

BY OUR CONTRIBUTORS:
"Christmas Cookies: 50 Recipes to Treasure for the Holiday Season" by Lisa Zwirn (Harper Perennial, $16.95).

"The Korean Table: From Barbecue to Bibimbap" by Taekyung Chung and Debra Samuels (Tuttle, $27.95).