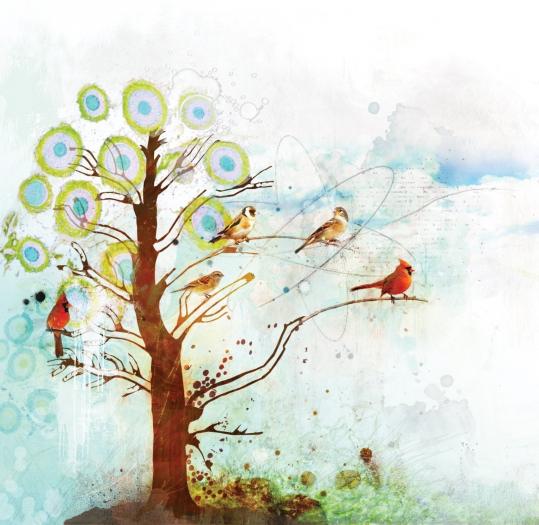 The late Stephen Jay Gould, valiantly attempting to broker a truce in the roiling Darwin wars, liked to speak of science and religion as "nonoverlapping magisteria." Should we think of science and poetry in the same light? That may have made sense once upon a time, back when Keats was dissing Newton for having the temerity to "unweave a rainbow" and Poe was reviling the scientific revolution as a vulture that relished every chance to "preyest . . . upon the poet's heart." No longer: what with a good many poets studiously bent nowadays on finding common ground between the arts and sciences, that perfect horror of old that equations would lay waste to our imaginations and drive bards out of business has proved to be a false hypothesis.

The scientific method has long been the grand unifying theme running through Linda Bierds's poetry: Her great subject is the power of human curiosity and the pursuit of empirical knowledge. That also helps explain why she has few peers when it comes to the exacting art of distilling exhaustive research into the stuff that revelations are made of. What's all the more absorbing about her eclectic historical narratives and monologues is the implicit case they collectively make for repealing C. P. Snow's dire verdict of the "two cultures" a half-century ago, intimating that it's not only possible but essential for the left and right brain to form a more perfect union.

Not to suggest that Bierds is a polemicist. She's first and foremost a past master of the fastidiously observed detail, the acutely perceived natural phenomenon, the scrupulously rendered moment of truth and stroke of inspiration. Ably conversant in the lexicon of the laboratory - everything from "the heady lisp of auricle and ventricle" to "the salt and sugar atoms' spiral shape" - she's ultimately less invested in elucidating scientific thinking than in channeling the spirit of the intellects who've brought prolific ideas to light.

Her new book, "Flight," is as much a saga as it is a symposium, owing to Bierds's avid efforts for seven books now and counting to assemble an otherwise motley crew of polymaths (Darwin, Galileo, Mendel, Edison, Vermeer, and Durer, among others) into the dramatis personae in an epic chronicle of quantum leaps and paradigm shifts. With her sure prowess for crafting language that's both fiercely attentive and delicately nuanced, Bierds time and again demonstrates her own exemplary gift for holding the world's marvels up to scrutiny.

The first poem in Susan Stewart's formidable new collection, "Red Rover," is called "The Owl," yet it's entirely in keeping with her enigmatic sensibility that it's not entirely clear whether there's an actual bird in the offing. Nothing, it turns out, is ever that simple when Stewart's in the throes of her freighted ruminations and reveries: as might be expected from the author of a scholarly disquisition titled "Poetry and the Fate of the Senses," her poetry is cerebral and erudite stuff, and the gentle reader is bound to find it all a trifle daunting at first. But there's plenty to conjure with beyond knotty thought-experiments in "Red Rover" for those who stick it out through the recondite bits, and it is telling that Stewart's restive intelligence often seems most fully grounded when she's coming to grips with what ant guru E. O. Wilson calls "biophilia," that innate bond between human nature and the natural world.

So is there a snowy owl outside Stewart's window, or are her fateful senses playing tricks on her? It's anyone's guess: For better or worse she's wedded herself to a meta-poetry so dense with discursive speculation and hermetic allusion that "Red Rover" can read at stretches like an opus to curl up with in Plato's cave on a dark and stormy night. "The circuit of the world / belies the chaos of its forms," she murmurs near the end of "The Owl" in her best gnomic fashion, but her strenuous devotion to the life of the mind doesn't stop her from finding artful ways of giving the call of the wild its due with incantatory conviction, taking her cues from "something the birds know / and sing, / sing of / without end."

No poet in our day knows from birds like Brendan Galvin: the longtime denizen of Truro is an inveterate maven of all things avian in the classic American mold of Audubon and John Burroughs, our reigning laureate of the Great Atlantic Flyway. For his latest collection he's hit on the fine plan of anthologizing "Poems From a Life List," nearly five decades' worth of his winsome and savvy ornithological verse.

A bird-sotted bard is nothing new under the sun, of course, but what's always set Galvin apart is his firsthand facility as well as his literary flair for catching birds on the wing: He's got their calls and marks and quirks down cold, and his ecological know-how is such that they're never in any danger of becoming easy prey for prettified sentiment or potted symbolism. Now that bird-watching has all but been officially consecrated as our new national pastime, confirmed twitchers would do well to pack the greatest hits of this "failed teetotaler of birds" alongside their well-thumbed field guides the next time they head out to the sanctuary - Galvin's clearly learned a thing or two about songcraft from the birds he's been communing with for all these years, and his sly wit and vernacular gusto make him a more than worthy accompanist to "the duende of chickadees" and "jays with voices full of elbows." Like Burroughs before him, Galvin's found his true calling in faithfully reporting on the "news in every bush."

David Barber is poetry editor of The Atlantic and the author of "Wonder Cabinet."

WHIRL IS KING: Poems From a Life List By Brendan Galvin