Being gifted helps, but there are other factors involved in achieving success, writes Malcolm Gladwell 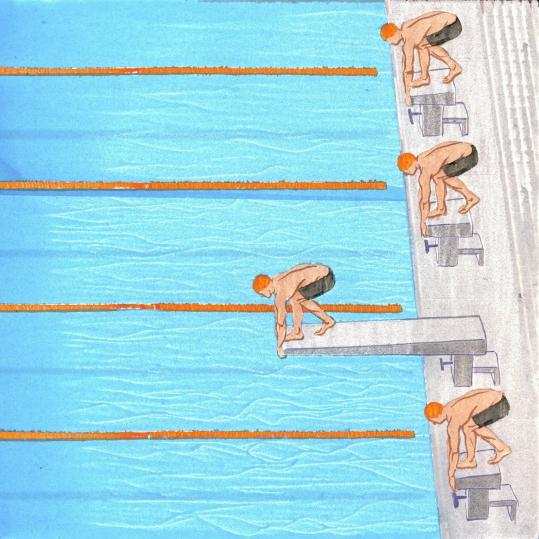 It's hard to resist Malcolm Gladwell. He's so darn enthusiastic. Reading one of his books is like sitting at the kitchen table while he runs about his house, pulling research studies out of file cabinets, thick biographies off bookshelves, and spreadsheets from his laptop. "Check this out!" he exclaims, and "Can you believe this one?!" Then he gets serious. "You know how important this is, don't you?" he asks. Beneath the force of his passion, all you can do is nod, even if you're not quite sure what you're agreeing to.

Gladwell terms his best-selling books "intellectual adventure stories." The latest, "Outliers," tells "The Story of Success," as the subtitle puts it, explaining how and why some people are more successful than others. The explanation is not simply that they are the best, Gladwell repeatedly proclaims, but rather that their aptitude has been enhanced by advantage and opportunity - because of family background, circumstances, and chance.

Only Horatio Alger would find this thesis shocking - and it should be noted that Alger was born in the 1830s, the same decade as the self-made titans of American industrialism, whose success, Gladwell argues, had everything to do with being born at the exact moment to take advantage of the industrial transformation of the economy during the 1860s and '70s. In other words, Alger's rags-to-riches narratives may have represented what he thought he was seeing around him, but the reality was more complicated.

Gladwell specializes in this more complicated reality. His modus operandi is to set up the conventional understanding, then poke it full of holes. Do you think the hockey players in Canadian elite leagues are the best natural athletes? Think again. It turns out that a large proportion of top players are born in January, February, and March. Why? The cutoff date for hockey eligibility is Jan. 1, so if your birthday is Jan. 2, you're the oldest, biggest kid on your team. This means you're probably better than the other kids, and if you have some innate ability, you're even better. This means your coaches give you more attention and playing time. This means you get better still. One thing leads to another, and pretty soon you're a star.

What else makes a difference? Practice. Ten thousand hours of it, to be precise. According to the research, that's what it takes, in any field, to turn a talented yeoman into an outstanding performer. How do you get those 10,000 hours? Opportunity. The Beatles played in Hamburg strip clubs nightly, for months at a time; Bill Gates got his start as a young teenager, in his private school's well-outfitted computer lab. Sometimes opportunity hinges on luck, but more often family has a lot to do with it.

In "Opportunity," the first section of "Outliers," Gladwell is, for the most part, as convincing as he is compelling. He shows how class background has a more profound effect on success than IQ, and why New York Jews born in the 1930s became successful lawyers. The near-complete absence of women from his account makes sense according to his analysis: Women may have had as much innate capacity as men, but until the second half of the 20th century, they had drastically fewer opportunities.

In "Legacy," the book's second section, things get dicier. Here Gladwell argues that "cultural legacies" also shape our prospects of success, which is to say, "It matters where you're from, not just in terms of where you grew up or where your parents grew up, but in terms of where your great-grandparents and great-great-grandparents grew up." Thus Koreans, coming from a culture of deference, are more likely to crash airplanes because flight officers are hesitant to point out captains' mistakes. Asians are better at math because their forebears learned patience and problem-solving skills through the delicate business of rice-paddy farming.

If the reader bristles at the stereotypical implications of these claims, Gladwell is one step ahead, acknowledging that "we are often wary of making these kinds of broad generalizations about different cultural groups - and with good reason. This is the form that racial and ethnic stereotypes take." In the pages that follow, the research he cites and narratives he recites are compelling and nuanced. Yet they do not always seem as germane as he wants them to be.

One problem is that Gladwell never really defines culture and the nature of its transmission. In Korea, culture is nationality; for New York Jews, it's religious heritage; the culture of rice-paddy farmers is built on ecosystem and occupation; and when Gladwell turns to his mother's native Jamaica, the privilege she inherited turns on skin color. A host of related questions arise: Where is the fine line between "cultural legacy" and stereotype? Will Asian-American children continue to excel in math, as the ancestral rice paddies recede into history? Why (or why not)? And, perhaps most important, what will become of cultural identity in the face of globalization and an international mass media?

These issues are, in turn, crucial to one of Gladwell's stated aims: to "learn something about why people succeed and how to make people better at what they do" (emphasis added). If we can't pinpoint the nature of culture, how can we overcome (or spread) its effects and enable more people to be successful? Gladwell offers the example of KIPP schools, which give poor children educational and cultural opportunities taken for granted in middle-class families, but this example seems to refer to the first section of the book rather than addressing the concerns of the second.

Ultimately, "Outliers" is a book about the 20th century. It offers a fascinating look at how certain people became successful, but it doesn't solve the problem of how to help others equal their achievement.

Rebecca Steinitz is a writer, editor, and consultant who lives in Arlington.

OUTLIERS: The Story of Success By Malcolm Gladwell