THIS STORY HAS BEEN FORMATTED FOR EASY PRINTING
Book review

A story of surviving, and accepting, tragedy 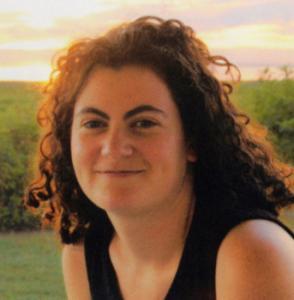 One of the most poignant moments in the late Marjorie Williams's book "The Woman at the Washington Zoo" occurs when Williams asks her oncologist how she could have gotten the liver cancer that would ultimately kill her.

" 'You've got no cirrhosis,' he said wonderingly, ticking off the potential causes on his fingers. 'You've got no hepatitis. It's wild that you look so healthy.'

In her first novel, Nellie Hermann sets herself a daunting task: to tell the story of the Bronstein family, which is hit by lightning, not once, but several times.

When Holocaust survivor Josef marries Ellen, a Protestant who converts to Judaism, they take enormous pride in their beautiful family - three boys and a cherished girl, Ruby. While Ruby is small there is a wonderful, idyllic quality to her childhood and their life in suburban Boston. When they vacation each year in Maine you can almost taste their happiness. But when Ruby is 10 her oldest brother, Abe, returns from college after suffering a schizophrenic breakdown.

" 'Of course it's up to you,' her mother said . . . 'but I'm not sure if you should tell your friends about what happened. . . . There is nothing to be ashamed of, that's not what I mean, it's just that your friends are so young, I'm afraid they won't understand.' "

Thus begins the pattern of deception that will mark Ruby's life as the tragedies mount and that will become her method of survival. Ruby learns to detach herself not only from her family, but from her real self.

On a trip to Theresienstadt, where Josef was incarcerated, when Ruby is 14, she begins to understand more about her gentle but silent father. "He had kept Judaism, she supposed, just as it was, except he had cut out God. Was this an act of revenge? How could you come through this place and still believe in your prayers, the praise you sent to an unknown entity in the sky?"

This test of faith will come back to haunt Ruby as her spirit is tested again and again - when her father becomes ill with a brain tumor just weeks after that trip to Prague, when he dies a year later, when her favorite brother, Nathan, gets the same kind of tumor.

As Ruby matures her anger surfaces, her feelings of alienation are examined, and she finally lets her real feelings come out toward the end, when she and her mother and brother Aaron return to Maine, where they had such good times. As she enters the sea she knew so well as a child, Ruby begins to feel whole again, and all of Hermann's talent with words coalesces in a beautiful passage of acceptance that life will go on, that she will go on.

As deeply as one feels for this family that has been virtually halved by fate, the reader, and especially the reviewer, sometimes feel ambushed by so much tragedy. Yet this is the way it was. And here is a quintessentially Jewish 20th-century story. What Hermann makes vividly clear is that surviving the Holocaust doesn't ensure an unblemished future. For some families, there is no end to the price that must be paid, and the pain of that simply becomes what "life" means. By the time I finished this moving book, I realized that Hermann had no choice. And now that she has written this brave first novel, let us hope she will let her imagination soar and take her to places where her obvious gifts can develop even more.

Greater Boston author readings March 2-8 SUNDAY: Bill Alberti (“Once Upon a Sunrise”) and Louise...
More in Off the Shelf

THE CURE FOR GRIEF By Nellie Hermann