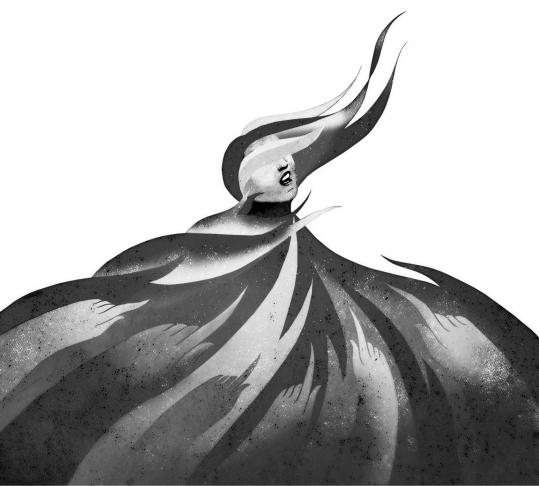 When Americans think of witchcraft, invariably they think of Salem. From 1692 to 1693 the town witnessed accusations, examinations, trials, convictions, and multiple executions. Some 150 residents were imprisoned. A few died in jail. Nineteen people were hanged, 14 of them women. One bold soul, Giles Corey, refused to enter a plea and the court subjected him to pressing - piling stones on his chest to force him to speak. Before dying, it is said, he uttered the words "More weight."

There is no one better qualified to tell these stories and write a general history of witch-hunting than John Demos, Samuel Knight professor of history at Yale University, who won the Bancroft Prize for "Entertaining Satan" (1982), an inspired, exhaustive study of New England witchcraft from different perspectives. When Demos published that book, he included his middle name, Putnam, because he had discovered that he was connected genealogically to the Putnam family that had played a central role in the Salem prosecutions. He expressed hope that when he finished the book he would have also obtained some "personal closure."

Not so fast. Demos may have dropped the Putnam name, but not the subject of witchcraft. He has been lured back to provide an overview of the topic that ranges from 150 AD to the present. The book consists of four parts, each containing chapters that provide both narrative vignettes and historical overviews. The result is a work that at its best offers well-crafted stories that furnish rich insights into the dynamics of witch-hunts.

Demos begins by showing how the idea of witchcraft emerged from concerns with magic, hereticism, and evil in the form of the devil. Christians may have been among the first victims of a witch-hunt (the martyrs of Lyon, France, in 177 AD), but soon enough they became leading victimizers who persecuted their own neighbors. "Always and everywhere," Demos writes, "charges of witchcraft were grounded in a web of local, intensely personal relations."

The first part of the 17th century saw a vast European witch-hunt. In England, France, Switzerland, Germany, citizens armed with new translations of the "Malleus Maleficarum," a sort of witch-finding handbook first published in 1486, made accusations of witchcraft. Whatever the religious, political, economic, and social underpinnings of witch-hunts at different times and places, one fact remained stable: Accusers targeted women. Demos is especially acute on the subject of gender. "Malleus" was saturated with "flat-out, unblinking misogyny"; at least 80 percent of accused witches were female.

The pattern of identifying witches as female is cross-cultural and trans-historical, evident not only in Europe and America but also in Africa and Asia and among pre-modern Native Americans. As a result, Demos suggests, only a psychological explanation can illuminate the phenomenon. As primary caregivers, women were both the "Good Mother," providing nourishment, and the "Bad Mother," controlling and denying desires. Either way, the female presence stood central to psychic development and beliefs.

Noting that most of those identified as witches were women doesn't explain what led to outbursts of witch-hunting. This is where Parts 2 and 3, on early America and Salem, pay rich dividends. As we might expect, this is the heart of the book and Demos is at his narrative best, telling the stories of Northampton's Mary Parsons and Salem's Rebecca Nurse. Indeed, these sections, which Demos italicizes, are so engaging one wishes he had eschewed scholarly synthesis in other chapters for an entire work of literary nonfiction.

Demos reminds us that witchcraft in America transcended Salem. He notes cases from Virginia, New York, and Pennsylvania. Indeed, but for the events at Salem, the colony of Connecticut, not Massachusetts, would hold the dubious title of Satan's entertainment playground. What he finds that runs through all the episodes, wherever they occurred, was "the element of extreme dislocation - social, economic, psychological and geographic."

"The Enemy Within" concludes with a section on modern America. Here Demos probes the jump from literal to figurative witch-hunting. It is an important topic, given prominence by Arthur Miller's "The Crucible," in which the actual Salem witch-hunt serves as parable for anti-Communist hysteria.

Unfortunately, Demos's discussion of anti-Masonry, or brief mention of other conspiratorial fears keyed on subversion that have rocked America over the centuries, does not explain how "the projection of fear, hatred, contempt" is analogized by the victims into witch-hunts and whether the association is apt. It is one thing to persecute someone as a witch; it is something different to persecute others and call it a witch-hunt.

In the final chapter, however, Demos delivers a disturbing account of the child sex-abuse crisis of the 1980s ("a witch-hunt unparalleled in modern times," declared one reporter). In the context of the long history of witch-hunting, this meditation on accusations at Fells Acres Day School in Malden is alarming and eye-opening. A mother, Violet, and her son and daughter, Gerald and Cheryl, were accused of sexual acts with young children in their care. Convicted in 1986, Gerald was sentenced to 30-40 years; Violet and Cheryl were given terms of 8-20 years in 1987.

Their lawyers filed appeals, and only slowly, once the public temper shifted, as it did in Salem years after 1692, were questions asked about what really happened. Offered a chance for parole in 1992 if they acknowledged their guilt, Violet and Cheryl refused. One can almost hear them whispering "More weight." Violet died in prison. Cheryl was paroled in 1999, and Gerald in 2003.

Demos's learned and moving study might manage one day to help free a victim, falsely incarcerated as a result of hysterical accusations. If so, he will have more than justified putting his Putnam name to rest.

Louis P. Masur is director of the American studies program at Trinity College in Hartford.