Forty years later, Mark Richardson spins a new tale out of 'Zen and the Art of Motorcycle Maintenance' 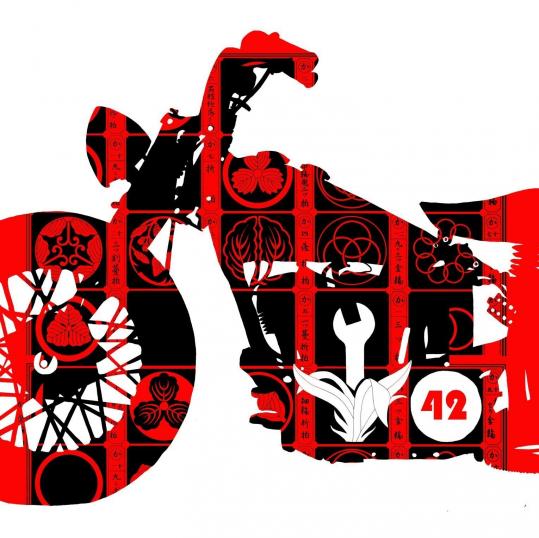 Zen and Now: On the Trail of Robert Pirsig and the Art of Motorcycle Maintenance
By Mark Richardson
Knopf, 274 pp., $25

They're called Pirsig Pilgrims, the motorcycle enthusiasts who follow the route from Minnesota to California that inspired Robert Pirsig's surprise 1974 chart-busting book, "Zen and the Art of Motorcycle Maintenance." To commemorate the 40th anniversary of Pirsig's original 1968 journey, Mark Richardson, an auto writer for the Toronto Star, set out to document his own pilgrimage.

Richardson scheduled his trip so he would arrive in San Francisco, Pirsig's destination, on his 42d birthday. Forty-two, as the author notes in his contemplative tribute, "Zen and Now," is the magic number in Douglas Adams's "Hitchhiker's Guide to the Galaxy," that other searchers' pop phenomenon of the 1970s. In Adams's science fiction, the supercomputer assigned to explain the meaning of life churns for 10 billion years before spitting out its perplexing answer: 42.

It won't spoil the ending to reveal that Richardson does not discover life's ultimate meaning on his quest. He does, however, find alternating moments of despair and illumination, just as his predecessor did. Searching his own soul, he also peers into the reclusive Pirsig's sometimes troubled past.

If Pirsig's book - solemnly subtitled "An Inquiry Into Values" - was a well-timed hip-pocketful of useful philosophy for a generation craving guidance, Richardson's testimonial is a bit of an anachronism. Celebrating the lessons of a travelogue conceived four decades ago and written at the height of the back-to-the-land movement, the author admits it took him three tries to click with a book "written in a folksy style that reminds me of my parents."

Pirsig, of course, could see the technological revolution on the horizon as he traveled the western backroads, years before the advent of the information superhighway. Yet despite Pirsig's disdain for the small screen - from the compartment of a car "everything you see is just more TV," he wrote - "Zen and Now" unfolds like a particularly thoughtful television spinoff.

We have a back story of familiar characters: Pirsig and his young son, Chris, and the author's friends John and Sylvia Sutherland on an accompanying bike. We revisit familiar places, the diners, roadhouses, and motels, and the DeWeeses' rustic ranch in Bozeman, Mont. And we meet new friends, such as Ollie Foran, proud thirdhand owner of the Sutherlands' old BMW, and a bored, starry-eyed girl named Stacey, working at a motel in Lemmon, S.D. As it happens, "ZMM" is her favorite book.

"I tell her about retracing the route," recalls Richardson, who is traveling without his wife and kids, "and she looks at me like I'm a rock star."

Most notably for fans of the original, "Zen and Now" pushes the story forward, through Richardson's correspondence with the interview-averse Pirsig (said to be living somewhere "in New England"), his editor, his ex-wife, and a second son, Ted, who has disavowed his relationship with his intense father. Chris, a troubled teenager, was stabbed to death outside the San Francisco Zen Center in 1979, leaving him forever to be remembered, as Richardson laments, as "that whining boy on the back of the bike."

Pirsig took his share of liberties to tell his tale, creating a caricature of his friend Sutherland as a technophobe who can't be bothered to study the inner workings of his machine. He and Sylvia, writes Richardson, were cast to personify "the carelessness and sloppiness of modern life."

But Sutherland, now separated from Sylvia, claims to be unconcerned with the portrayal, gladly meeting Richardson in Minneapolis to christen his voyage. On the road, the author, riding a Suzuki dual-purpose bike he calls Jackie New, quickly settles into an extended state of reflection.

"Sometimes when you're on a bike in the stillness of the ride," he writes, "your thoughts are like those at 3 a.m. when you can't sleep, and they can get pretty wild." Like Pirsig, he has a few near-misses. After the most harrowing incident, he takes note of his ominous surroundings: "A small sign shows that the road leads to a cemetery. The trees in a coppice to the left are all dead."

For Pirsig, the romance of the metaphoric open road must always be balanced by a commitment to logic and reason. The small, symbolic illustration on his book's famous cover was itself an instant classic of pop iconography: a wrench growing out of a lotus flower. "Zen and the Art of Motorcycle Maintenance" was the result of a fierce personal investigation by a man so deeply mired in thought, he was once subjected to electroshock treatment.

Richardson's wife and young sons have packed a small gift for him to open on his birthday. It's a yo-yo. Near the end of his trip, as he gazes at the ocean from the same northern California promontory where Pirsig and his son endured the first book's climactic breakdown, Richardson flings the toy toward the water.

"I hurl it again and again," he writes, "freewheeling it on the end of the string and laughing out loud before I finally slow the speed and catch it to let it settle in the palm of my hand, solid and safe."

And that, readers, is your moment of Zen.

James Sullivan is the author of the forthcoming "The Hardest Working Man: How James Brown Saved the Soul of America."