THIS STORY HAS BEEN FORMATTED FOR EASY PRINTING
Book 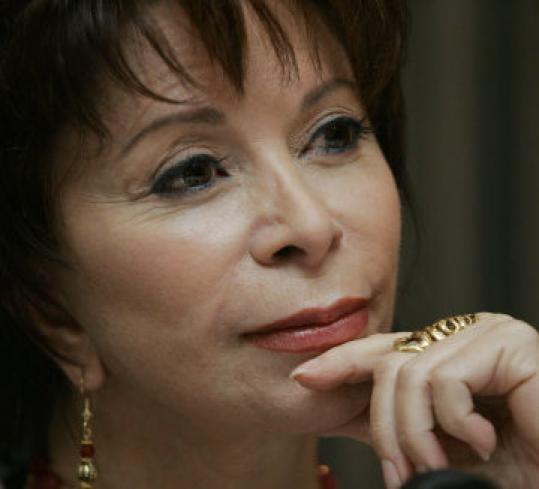 The writer Isabel Allende still has not recovered from the 1992 death of her daughter, Paula. That much is clear in her new memoir, "The Sum of Our Days." The book begins where her most recent memoir, "Paula," left off, with the family scattering her ashes in a California redwood forest. Like her previous work, this one is written as a letter to Paula.

So, of course, Allende has the moral advantage here. This is a work fraught with grief and suffering and drama. It feels churlish - almost cruel - to critique it, to judge a parent who is suffering one of the most painful experiences of all, the loss of a child.

And then there's the additional difficulty of evaluating memoirs. We are at the mercy of one person's memory and her need to tell a version of history that might not be accurate, or fair, or real in any sense. Do we read a memoir as a literary work, or do we try to understand a life?

As a literary work, "The Sum of Our Days" is evocative, passionate, a portrait painted in the brilliant hues of California, where Allende now lives with her American husband, Willy. But as a window into a life, it's something else. This is an unkind thought, but what kept occurring to me was Allende needs to join a support group called Women Who Feel Too Much.

The more colorful details Allende offers up - and you certainly can't accuse her of glossing over unflattering moments - the less appealing she seems. Her need to gather her extended family around her trumps the needs of anyone else. For example, when Paula was in a coma and dying of porphyria (which is mainly an inherited and sometimes fatal blood disease), Allende brought her daughter to California, pulling her away from her husband in New Jersey. Another example: Her recently divorced son seemed sad and lonely, so she took it upon herself to find him - a grown man in his 30s - a new mate. Not only did she line up a young woman (the relationship worked out), but then she proceeded to invade the couple's house nearly every day. She had her own key and let herself in. She even bought the family a new rug and replaced the old one in the living room - without asking.

Boundary issues? Hard to dispute that. How does she get away with it? Some of it is perhaps cultural, the sense that this writer lives as she might back home in Chile, the country she fled when her second cousin, President Salvador Allende, was deposed and Augusto Pinochet came to power.

Also, Allende must figure she gets leeway as the Suffering Artist, too sensitive for this world, too fragile in many ways to be expected to act in any way other than self-indulgently and impulsively. If she must do something, everyone must scramble and make it happen.

The Suffering Artist must also be allowed to violate the privacy of the people around her. Even if her own family and friends agreed to be included in this fourth memoir, it's hard to imagine they are happy with the rest of the world reading about their foibles, their loves, their sexual health, and their physical traits. She announces several times that Willy's sons have drug problems. While that may be true, it's also squirm inducing.