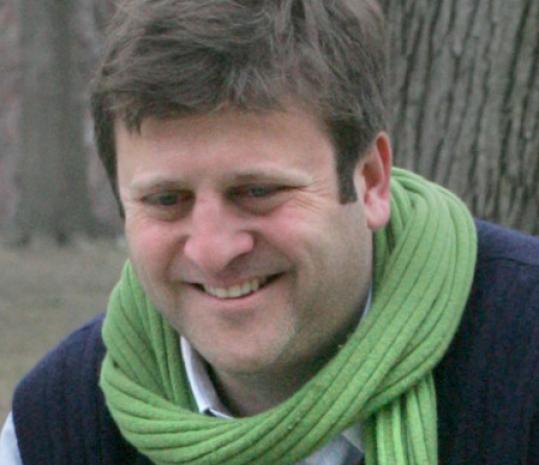 Where are the Andersons going? And why is their destination - The Villages, an Orlando-area, 55-plus "geritopia" where residents tool around in golf carts - so much more appealing than the diverse and rugged community where they spent decades building their lives?

Thirty-something Blechman doesn't begrudge the Andersons the opportunity to cash in their real estate, or to escape the tough Massachusetts winters. But he's confused by his neighbors' desire to live nowhere near small children, or even their parents. Nobody under 55 is allowed to buy into The Villages. Children may visit, but for no longer than 30 days a year.

This all comes as a slap in the face to Blechman and many of his presumed readers, members of Generation X, which has historically expected baby boomers to be human versions of The Giving Tree, ever-providing, loving, indulging parental figures, taking a great interest in their offspring's affairs and needs, stepping back only when they need some privacy. Those in Generation X have enormous trouble digesting the idea that the group that was once determined not to trust anyone over 30 now wants nothing to do with anyone under it.

"Rather than lead they had chosen to secede," Blechman writes in his introduction to "Leisureville." "How could two bright individuals be attracted to something as ridiculous as The Villages? . . . I suspected the Andersons were in the vanguard of a significant cultural shift."

A curious Blechman decides to follow the Andersons along for the ride. His trip to The Villages plunges him into a surreal world of argyle socks, immaculate lawns, heavy drinking (and early-bird last call at 9:45 p.m.), bingo tournaments, and Viagra-fueled promiscuity.

It is a generally fun ride, thanks to Blechman's keen eye for detail and quirky sense of humor. (His first book, "Pigeons: The Fascinating Saga of the World's Most Revered and Reviled Bird," took a similarly on-the-ground, urban anthropologist's approach.) He paints The Villages as a Stepford for the 21st-century senior citizen, with 75,000 residents and growing fast. But his view that age segregation is fundamentally bad for society is clear as he meticulously details the darker side of life in The Village, a world of conformity, smugness, fear, and deliberate ignorance of world events, where some residents wallow thoughtlessly for years on end, selfishly and comfortably numb.

They are harming society, he even concludes. "Taking a sabbatical after retirement from our grueling modern workaday life is one thing, but a thirty-year vacation is another," Blechman writes. "Today's retirees are among the best educated people in the world. Never before have so many people had so much knowledge and so much time to impart it. They undoubtedly have wisdom to share with us."

It's worth noting that most of The Villages' residents interviewed have frayed or nonexistent relationships with adult children and grandchildren, perhaps a contributing factor in their isolation. But, Blechman points out, society has its share of blame as well, guilty of taking much from its older resident but giving back little after they reach their golden years. Our tendency to concentrate community and cultural energy and resources on the very young allows senior centers to remain unfunded or unbuilt.

Until society starts to value and honor its elders, he writes, places like The Villages will seem preferable to life in an age-integrated neighborhood, hurting all of us.

Erica Noonan is bureau chief of the Globe West section. She can be reached at enoonan@globe.com