Amid Easter's optimism, five books look at what and why people believe 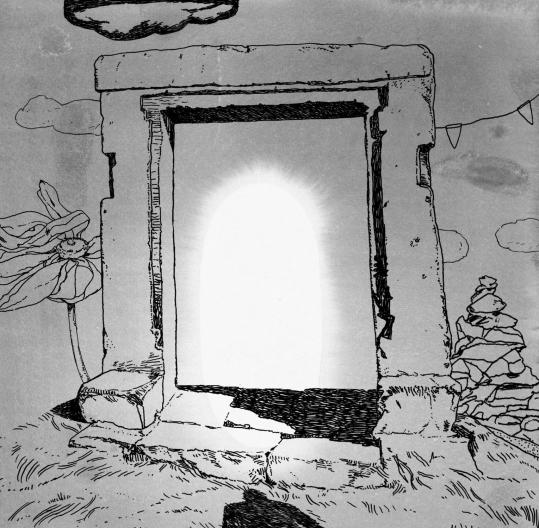 God in the White House: A History - How Faith Shaped the Presidency from John F. Kennedy to George W. Bush
By Randall Balmer
HarperOne, 243 pp., $24.95

"I think it's so unfair of people to be against Jack because he's Catholic," Jackie Kennedy griped during her husband's run for president. "He's such a poor Catholic."

Americans who worried that John F. Kennedy would take his governing orders from the Vatican didn't know what later generations would learn about his at-times selective attention to the Ten Commandments. I don't mean to rain on this happy, holy day by rehashing presidential peccadilloes. Quite the contrary. The Easter story is about God rescuing humanity from sin, and "God in the White House," containing Mrs. Kennedy's quote, reminds us why we need rescuing.

Doubt - as essential to thoughtful faith as to assessing politicians' utterances - is too scarce in some of this season's religion books, if doubt means less than strict adherence to dogma. In "The Faithful Departed," Philip F. Lawler comes off the Grumpy Old Catholic in bemoaning the failure of coreligionists, in Boston and elsewhere, to follow traditional church teachings, even before the priestly sex-abuse scandal torpedoed the bishops' moral authority. He won't persuade doubting Catholics who respectfully dissent from their church on matters like gay marriage, contraception, and female ordination, exercising their privilege under Catholic doctrine of following their informed conscience.

But bravo for his condemning bishops who covered up the priest sex-abuse scandal and escaped punishment. Lawler labels as a liar the Rev. John McCormack, formerly an underling in Boston, who Lawler says assured a parent that a priest was safe when McCormack knew the cleric to be an alleged abuser. McCormack remains bishop of Manchester, N.H.

If Lawler anchors his faith in Catholicism, Barrie Wilson is just as certain that Christianity is based on an epic switch. He teases a reasoned if questionable argument about the religion's origins to a rather twisted conclusion in "How Jesus Became Christian." A professor at York University in Toronto, Wilson says Jesus was a Torah-following Jew, purely human, whose greatness lay in his ethical teachings. The followers who knew him best, the Jesus movement led by his brother, James, and reflected in Matthew's gospel, saw him as such. But St. Paul dismissed Torah observance and created an utterly new, Gentile religion focused on a divine Christ rather than Jesus's teachings. Wilson, a convert to Judaism, offers a point-by-point rebuttal to Paul's reading of Jewish scripture as accommodating a divine Christ.

The charge that Paul divorced Christianity from the true Jesus is old - Thomas Jefferson believed it - but Wilson's case is dubious nonetheless. In 2006's "What Paul Meant," Garry Wills enumerated the many parallels between Paul's ethical instruction and Jesus's in Matthew and the other gospels. Wills perceived, for example, that the Sermon on the Mount, revered by Wilson for its animating riptide of love, would wash agreeably over Paul, who famously wrote, "So faith, hope, love remain, these three; but the greatest of these is love."

Then Wilson unloads his theory of a "cover-up:" "For a successful crime to take place, witnesses have to be eliminated. Guilt at having killed off the historical Jewish Jesus in favor of a Gentile God-human - along with recognition that the Jews were the witnesses to this act - accounts for the deep roots of Christian anti-Semitism, whether directed against the Jewish people or the religion of Judaism." For this gospel according to the Sopranos - "Hey, T, the Jews are on to us. Youse want we should take care of 'em?" - he offers no evidence beyond psychobabble. ("We are familiar that fear and guilt represent powerful emotions that can drive actions toward the elimination of the offending party.") It's more credible that religious crackpots disdain or kill others out of true-believing fanaticism, rather than a guilty conscience over hijacking their theology.

Coincidentally, Wills has just published an engrossingly concise sequel to his Paul book. "What the Gospels Meant" cites scholarship suggesting that belief in Jesus's divinity was a creed of the earliest Christian gatherings, not an invention of Paul's. Wills, like most scholars, disdains fundamentalist certainty that the four Gospels are strictly historical documents; he shows that they're theological statements, applying Jesus to the different situations confronting each writer's community.

The Rev. Timothy Keller acknowledges that you can't prove or disprove God's existence. That doesn't stop him from expending 293 pages in "The Reason for God" trying to demonstrate that "whatever you may profess intellectually, belief in God is an unavoidable" conviction. It's a provocative premise, in pursuit of which Keller - known for drawing cosmopolitan urbanites to his Redeemer Presbyterian Church in Manhattan - takes on nonbelievers from evolutionary biologists to the recent rash of atheist authors. He's generally thoughtful, but the smiley face he puts on his conservative theology can't mask its exclusionary certitude. For example, he insists that insistence on human rights, absent a God, is purely arbitrary, overlooking Alan Dershowitz's secular argument for human rights - history, which teaches that rights-denying societies rot from disorder and mayhem.

Keller says his Easter sermon advises secular friends that "even if they can't believe in the Resurrection, they should want it to be true." Agnostics and less-doctrinaire believers will finish his book with their uncertainty intact, but uncertainty is as intrinsic to the Easter season as Jesus's rising. Next Sunday's gospel reading is the story of doubting Thomas.