Eye on the prizes 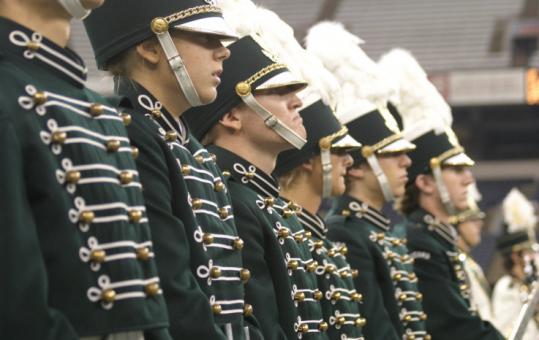 A widely lauded, darkly funny novel about a Chicago ad agency during the dot-com bust has won the 2008 Hemingway Foundation/PEN Award for debut fiction. Patrick Hemingway, son of Ernest, will present the award to Joshua Ferris for "Then We Came to the End" (Little, Brown), at 3 p.m. March 30 at the John F. Kennedy Presidential Library in Dorchester. Novelist Alice Hoffman will be the keynote speaker.

The ceremony will also honor the three recipients of the annual L. L. Winship/PEN New England Awards for works set in the region or by New England authors. Brookline resident Rishi Reddi's "Karma and Other Stories" (Harper) is a collection of short fiction about Indian immigrants adjusting to life in Boston. Kristen Laine, a New Hampshire resident, chronicled a year spent with an elite high school marching band in "American Band: Music, Dreams, and Coming of Age in the Heartland" (Gotham).

Brookline resident Ann Killough's "Beloved Idea" (Alice James) is a volume of poems about her struggle to understand US politics. Call 617-514-1643 to reserve a seat.

Those were the days?
A celebrated decade is subject to a reevaluation in the new book "The Sixties Unplugged: A Kaleidoscopic History of a Disorderly Decade" (Harvard University), by Gerard J. DeGroot.

DeGroot, born in California in 1955 and now a professor of modern history at the University of St. Andrews in Scotland, argues that what happened outside America in the '60s was as important as events within the nation's borders. He cites China's Cultural Revolution and the Six-Day War in the Middle East as evidence of the decade's "unbridled cruelty."

DeGroot touches on the decade's lighter side, such as the debut of the mini-skirt, but he always returns to politics. "People remember where they were when Kennedy was shot, but most cannot recall the year Reagan was elected governor of California," he writes. "Yet that election was far more important in shaping the world we live in today."

John Ashbery, who has won nearly every major American honor for poetry, has been named winner of the eighth annual Robert Creeley Award, commemorating the late acclaimed poet who grew up in Acton. Joining Ashbery will be two high school students who are the first winners of an award named for Helen Creeley, the poet's sister. The readings begin at 7:30 p.m. in the auditorium at R. J. Grey Junior High School, 16 Charter Road, Acton. The event is free, but tickets are required. Details at actonmemoriallibrary.org.

Pick of the week
Annette LeBlanc Cate, author and illustrator of "The Magic Rabbit," recommends "Robot Dreams," by Sara Varon (Roaring Brook): "The simple, elegant drawings in this graphic novel dreamily express the great sorrow and regret of two friends, Dog and Robot, who lose each other. As each moves on to a new friend, a wistful longing for the past remains. This sad and deeply moving tale is also quite funny, and ultimately hopeful."