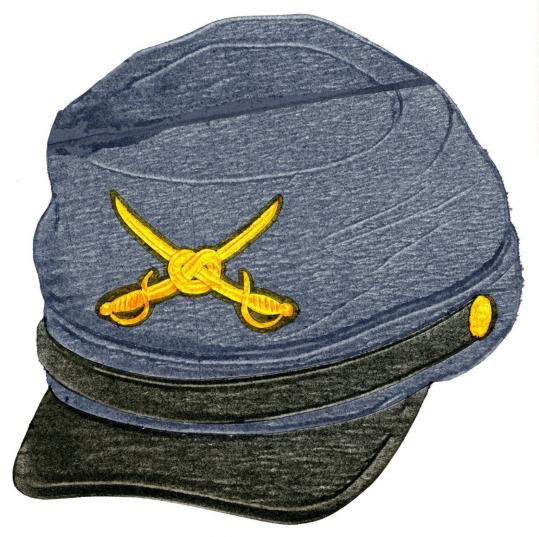 Civil War death and destruction are hallowed in myth and memory. Still we wonder: Did it have to be so bloody? Three impressive and lively new books descend into the gory details and come up with sometimes disturbing, sometimes reassuring answers. Most of all, they show us that we share something important with our forebears. Americans of the 1860s rushed headlong into armed conflict and had to invest a good deal of time into figuring out what to make of the disturbing results.

It is not that they went to war without having an idea of what they were doing. Harvard's new president Drew Gilpin Faust, who has devoted an outstanding scholarly career to getting inside the heads of Southern rebels, applies her deep knowledge of the period to both sides of the struggle. She describes a shared 19th-century understanding of "the Good Death" that the war so often frustrated.

Dying men and women were supposed to display their Christianity, be surrounded by family, and go calmly to heaven, preferably with last words for the living. Instead, men died away from home, suddenly or in agony, more often from camp diseases than from bullets. With formaldehyde only beginning to be employed, at least half the corpses remained unknown despite postwar efforts to dig them up and ship them home. This "enormous and comprehensive postwar reburial program" was undertaken by the federal government for Union soldiers and by private associations for Confederates. The bodies of 303,536 were reinterred in 74 national cemeteries; the row of identical markers became for the first time a part of the American landscape.

This massive attempt to impose order and meaning on the war allowed for both a new birth of sentimentality and a stranger fruit: the modern tendency toward disbelief, even irony, when men and women are faced with the incredible waste of war. Faust wisely allows space for both reactions, allowing her Northerners and Southerners to be both modern and Victorian. Her African-American subjects are less sentimental and ironic. They viewed slavery itself as a kind of war, and grimly accepted the bloodbath as the price of freedom.

The magnitude of suffering and death became the shared meaning of the war, absent a shared commitment to what Lincoln called "a new birth of freedom" for former slaves. According to Penn State's Mark Neely Jr., this should not surprise us. Neely has made a career of upending conventional wisdom about the Civil War. In his Pulitzer Prize-winning "The Fate of Liberty," he effectively defended Lincoln against the charge that he threw civil liberties to the wind. A follow-up volume exposed the states'-rights-conscious Confederacy's abysmal record on civil and human liberties.

Dean of Civil War historians James McPherson has it all wrong, Neely argues. The Civil War was not distinctively modern at all. It continued a trend seen in the war with Mexico and the conflicts with Plains Indians. Against enemies regarded as civilized and white, armies fought by the rules. Civilians were spared, property protected, and prisoners exchanged. Against Mexicans, blacks, and Indians, those rules did not apply. Mindful of their common origins, all too aware that they might have relatives on the other side, Civil War soldiers fought to win, but not to destroy.

Neely's book is brilliant on behavior but weak exactly where Faust excels - in explaining the era's violent rhetoric and what went on in people's heads. Faust understands that the myth of total war served an essential psychological and political function in dealing with what people experienced: far more loss than they could have imagined. Stephen Berry's gripping and snappily written biography of Mary Todd Lincoln's family gets much closer to the real experience of the war for people in border states like Kentucky. Of Robert Smith Todd's 14 children, most supported the Confederacy, much to the Lincolns' embarrassment.

Mary is famous in history for being vain and vindictive, but she had nothing on some of her siblings. David Todd ran a notorious prison in Richmond before being fired for cruelty to the enemy. Dr. George Rogers Clark Todd was a Botticelli with the bone saw but liked to beat up patients who wore blue and dared to disobey his orders. But the book's real subject is not the odd Todds but what the war made of them. When the women in the family take center stage, we see the deeply hurtful losses that linked civilians even across battle lines. And even in the White House. The ambitious Lincoln saw his success-minded wife lose much of her family to politics and wartime deaths. Their son Willie died of typhoid in 1862, probably contracted by drinking water from the encamped troops' sewer, the Potomac River.

From family connections and the experience of loss Lincoln learned forgiveness and mercy. "He saw a war that generals didn't," Berry insists, "a vast mosaic of family crises." In this subtle rendering, Lincoln becomes the person who, in understanding the logic of a national family quarrel over a peculiar institution, could push it to its constructive as well as destructive ends. Ironically, the narrowest of these three fine books may offer the most complete picture of the terrible war Americans still love to love.

David Waldstreicher teaches at Temple University and is the author of "Runaway America: Benjamin Franklin, Slavery, and the American Revolution."

House of Abraham: Lincoln and the Todds, a Family Divided by War
By Stephen Berry
Houghton Mifflin, 255 pp.,
illustrated, $28