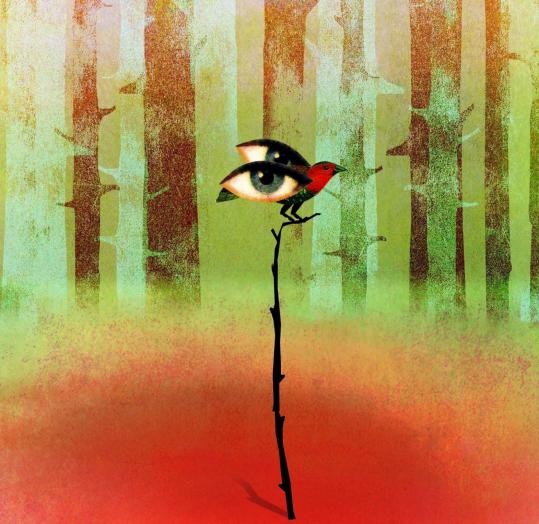 Reading Philip F. Gura's "American Transcendentalism: A History" puts us in mind of our own times. Gura describes two stirring decades in the 19th century, from 1830 to 1850, when liberal observers, especially those in New England, were troubled by the materialism of American life and sought to remedy its crippling effects. Through the same decades, religious differences set liberals quarreling with conservatives and with one another. Many were concerned about the erosion of American freedoms.

And when the era arrived at its own unpopular war, Northern liberals denounced what appeared to them little more than the Polk administration's unprovoked power grab to benefit a single group: Southern slaveholders, a greedy, numerically small, but politically dominant force in the populace.

The Transcendentalist Theodore Parker was one who cried out in public protest against the Mexican War (1846-48). Gura quotes Parker as deploring "this killing of 2,000 Americans on the field of battle, and the 10,000 Mexicans; all this slashing of the bodies of 24,000 wounded men," wishing it had happened where the president and his Cabinet and those in Congress who voted for the war "could have stood and seen it all; and then that the voice of the whole nation had come up to them and said, 'This is your work, not ours. . . . We have trusted you thus far, but please God we never will trust you again.' "

The loosely organized but influential Transcendentalists exerted their sway on American life from the mid-1830s through the 1840s and, in various forms, long afterward. The group was so diffuse in its casual membership and in its wide-ranging interests that it was - and remains - hard to define. Primarily of New England (though its influence grew nationwide), the movement embraced an optimistic way of perceiving the world, part philosophical, part literary, part theological, part philanthropic. It strove to deal with "an order of truths which transcends the sphere of the external senses," as George Ripley, a leading exponent, explained. That is, truth is to be found not in the deceptive, ever-perishing surface of things - what our eyes look at and our ears hear each passing day - but rather in something behind that shifting surface, some lasting something that only the soul can intuit. Truth is to be discovered there, in what is the true Reality, in the spiritual, the eternal; and a meaningful life sets out to dwell with that truth.

Matter alone, then - materialism - is a corpse unless filled with spirit. And it is through nature that we are most likely to perceive spirit. Nature, as one Transcendentalist wrote, is "the form under which Reality condescends to be seen by the physical eye." Bearing such insights, Transcendentalism advanced in two directions. One was outward, toward reforming a misguided society by creating communities to hold materialism in check, where cooperation replaced competition and where each day furnished time for intellectual growth and moral enrichment as well as for physical labor. Brook Farm, which George Ripley founded in West Roxbury in 1841, was one such enterprise, seeking to provide its members with a richer, more truthful life.

The other direction in which Transcendentalism moved was inward, urging each individual to live independently, by his or her own lights. Feel life freshly. Look to nature. Look with your own eyes. Listen to your own heart. Follow your own intuition and conscience. Trust thyself, reforming yourself, thinking your own thoughts bravely, unencumbered by antique texts or tradition's dead hand or the staleness of conventional attitudes.

The leading exemplars of that inward-looking Transcendentalism, equally optimistic and antimaterialistic as the outward-looking, were Ralph Waldo Emerson and Henry David Thoreau.

Into this rich, complex interval of American intellectual history Philip F. Gura is eminently qualified to lead us. The William S. Newman distinguished professor of American literature and culture at the University of North Carolina, Chapel Hill, Gura is the compiler, with Joel Myerson, of "Critical Essays on American Transcendentalism." The present work arrives with prepublication endorsements from Lawrence Buell and Robert D. Richardson, two towering figures in mid-19th-century American studies. And despite its compact form in a text of just over 300 pages, Gura's expert account is comprehensive. It describes the world out of which the movement arose - as a reaction against the aridities of Unitarianism, itself a reaction against the dour 18th-century Calvinism of Jonathan Edwards, a biography of whom this same author wrote. Gura examines in detail the European sources of American Transcendentalism and, having described the two crucial mid-century decades, he follows his subject forward into the second generation of thinkers, after the outward-looking form of the movement had been overwhelmed in the slavery issue and while the inward-looking, Emersonian form of Transcendentalism was being distorted to accommodate the robber-baron selfishness of a post-Civil War Gilded Age. Trust thyself indeed.

The general reader encountering so complex a story, unclear perhaps about terms left undefined ("positivism," "Fichtean idealism"), awash in proper names of barely distinguishable minor clerics and the unmemorable long titles of their numerous theological writings, may wonder whether the professor's history is comprehensive to a fault. True, it is not a primer. It is not an introduction to the movement or a joint biography of its major figures: Emerson, Ripley, Thoreau, Parker, Margaret Fuller, Elizabeth Peabody. Such books do exist, however. And despite arresting passages in "American Transcendentalism" - concerning Brook Farm, Alcott's Fruitlands, Fuller's amazing, absorbing life - that same general reader whom many of us are may long for the simpler, more focused treatment of the subject that this thoroughgoing study never set out to provide. The serious student and scholar, meanwhile, should find in such comprehensiveness all that is wished for.

Philip McFarland is the author of "Hawthorne in Concord" and the just-published "Loves of Harriet Beecher Stowe."