Fascinating insights into a prolific writer 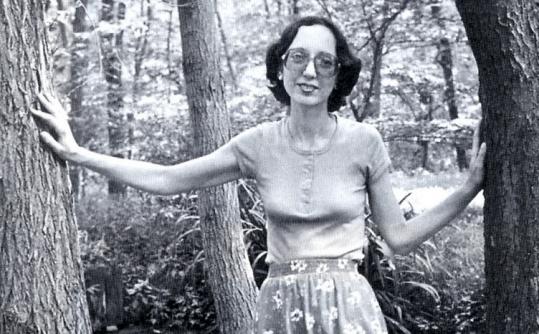 The author described her journal entries as "stray impressions and thoughts . . . like maple seeds giddily blown in the wind."
Email|Print| Text size – + By Karen Campbell November 22, 2007

As one of America's most prolific writers, whose acclaimed literary contributions include novels, novellas, short stories, essays, reviews, even plays, it's no surprise Joyce Carol Oates also kept journals. It reflects what we know of this remarkable writer as obsessively reflective and creative, so disciplined she confesses a sense of "profound worthlessness" if a day or two passes without writing. But it also reveals the writer as extraordinarily sensitive and insightful. Over the years, she filled more than 4,000 single-space typewritten pages with reflections on her toils and triumphs, her inner fears and outward experiences, and the delicate dance between the public figure and the private self.

"The Journal of Joyce Carol Oates, 1973-1982" excerpts a pivotal decade in Oates's career, beginning with the year she started keeping a journal in earnest as "an experiment in consciousness." Only 34 years old, she was already well established, cementing her reputation with the National Book Award-winning novel "Them." Her initial journal-writing sprang from a sense of dislocation and homesickness during a sabbatical in London in 1972. But by Jan. 1, 1973, Oates set upon her endeavor as a personal and literary vehicle, a spontaneous, haphazard repository of feelings and "stray impressions and thoughts of the kind that sift through our heads constantly, like maple seeds giddily blown in the wind."

However, Oates's stray thoughts are not the mundane, everyday recollections in which most of us might indulge. She constantly examines the writing process and her abiding search for rhetoric and form, grappling with novels like "The Assassins," "Childwold," "Son of the Morning," and the draining but "completely absorbing" postmodern gothic novel "Bellefleur," her first bestseller and the writing of which began only after a long period of gestation and nearly a thousand pages of notes. She writes of "the queer passionate impulse that overtakes me, as I write, to tell the story . . . telling truths by means of fictions, trying to plumb some ineffable center, some essence, the more profound for being so very secret."

All the while, Oates chronicles personal and professional experiences, with her beloved husband, Raymond Smith, as well as with some of the most seminal writers of our time - Philip Roth, John Updike, Susan Sontag, Joan Didion, Anne Sexton, John Barth, Donald Barthelme. The book also reveals Oates's dedication as a teacher, her concern with balancing critical work (essays, reviews, etc.) with creative endeavors, a passion for music, especially a commitment to learning to play the piano works of Chopin.

Editor Greg Johnson astutely sets up each year of the diary with an introduction that places Oates's entries in context, and copious footnotes document the many references to specific literary works, especially Oates's own. This makes the book invaluable to scholars and diehard fans hoping to trace the trajectory of Oates's literary evolution. But even for the casual reader acquainted with the writer's remarkable canon, the journal offers fascinating insight into how she develops characters, letting them do "the sinning" for her, setting up opportunities for them to evolve seemingly on their own, professing little control over their destiny: "They plunge in, they suffer, occasionally they learn, occasionally they survive. Their methods of salvation are largely their own choice, despite my obvious 'omnipotence.' The art-work labors to create itself; one must only not interfere." In another entry, she likens the process to reconstructing a jigsaw puzzle from a single piece: "I have only a few stray words, or an image or two, or a glimpse of someone's face."

A section of snapshots offers intriguing glimpses of the literati of the era, with Oates floating through pictures with her dark, doe eyes and trademark owl glasses. The book's chief drawback is its length. Even with Johnson's deft editing, it includes a lot of repetition and many tangential, orphaned entries leading nowhere and contributing little. It's not a page turner. Oates's journal is probably best read in the way Oates herself wrote it, in small, discrete bits. And keep in mind, once she wrote it all down, she barely looked back. She asserts, "Revisiting the past is like biting into a sandwich in which, you've been assured, there are only a few, really a very few, bits of ground glass."

Karen Campbell is a freelance writer based in Brookline.